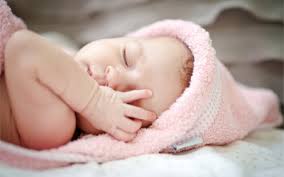 ‘Tis the season for debates about how to properly celebrate Advent. The stores have all been decorated since the day after Halloween. Your neighbors had their tree decorated the week before Thanksgiving. What should you be doing?

On the other end of the spectrum, you have people who refuse to play Christmas carols until Christmas day, and who decorate their trees on Christmas Eve. Their approach is one intended to counter the secular world’s crush into Christmas.

Liturgically speaking, Advent is a time of waiting and preparation for Christmas. In some ways, a Catholic could embrace either approach, if done in the right spirit. It isn’t for nothing, after all, that Catholicism is said to be the religion of “both and”.

In order to celebrate Advent properly, we have to reflect on Christmas. What is Christmas, but the celebration of the birth of a child? What does a time of waiting and preparation for any baby look like? Well, some families will have the crib assembled by twenty weeks into the pregnancy, and the nursery decorated and ready to go before the end of the second trimester. Other moms go into labor and realize, “Shoot. I really should have set up the crib already. Do we have diapers?” Despite a difference in approach, both mothers will have prepared for the arrival of her baby, simply by the nature of pregnancy.

Those who adopt a child experience similar extremes — the foster child whose arrival you only knew about hours prior, and the child halfway around the world for whom you’ve been preparing for months. Every family waits and prepares differently. There isn’t really a wrong way to wait or prepare.

I have given birth to three daughters, and have prepared for each of them for months before. No amount of preparation prepared me for the moment I first laid eyes on them. They left me breathless and in love.

That awe — the awe of laying eyes on the child I have prayed and longed for — doesn’t end within 24 hours. It only intensifies as time goes on. And in the first few weeks after her birth, I am reeling with awe and overwhelm at the newness of this little person. Eventually, life returns to normal, but my love of her and my desire to know her only increases with time.

In some ways, although it is good that I spent time and energy preparing for the birth of my child, it all feels a little bit silly after the fact. The sleeping arrangement I have planned never seem to work for that particular baby, and we’re moving cribs and setting up bed rails and popping up port-a-cribs. I have my nursing pillow out and ready to feed the new baby, and then find out that this child struggles to latch and breastfeed and I really should have cleaned my breast pump and bought some new bottles instead or a new nursing pillow cover. But more than the practical aspects, there is the simple fact that there is no way to prepare for who my child will be. That child is a mystery.

This is what Advent and Christmas should look like. We can debate when the Christmas tree should be set up and decorated, whether or not to do gifts on St. Nicholas Day, etc. but that doesn’t matter as much as how we’re doing our preparation. The how matters more than the what. Advent is meant to be a time of preparing our hearts, as best as we can, for the Christ child to come and enter there. We light our candles, we set up our Jesse tree, we open the windows on the Advent calendar, and we decorate our homes. We maybe even listen to some Christmas carols, to get ourselves in the Christmas mood. We even go to Confession, and then we think, Now I’m ready.

But if we do Advent right, we should still be struck with awe when that Christmas liturgy actually begins. For all our preparations and plans, we are suddenly struck dumb by the mystery of this real, actual baby. Mary has had her baby, and he is so much more than what we expected. He isn’t just any baby, this little Messiah. This baby is God become flesh. And the great and almighty God became flesh for love of us.

Suddenly, our preparations feel so inadequate. We thought we were prepared, but nothing could prepare us for this. There is a baby….and he is so much more than what we were expecting. Our carols, our decorations, our presents — they all seem so silly and inadequate. 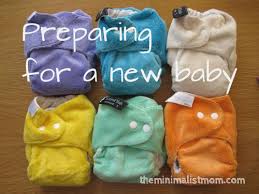 Last Christmas, I was pregnant with my fourth child, and suffering terribly from hyperemesis gravidarum. I was eating little every day, and had very low food tolerance. Much of what I ate came back up. I couldn’t eat Christmas dinner or Christmas cookies or candy. I only managed to leave bed and sit by the tree for a few minutes, to watch my girls open their presents, but I was too sick to really enjoy presents. The sight of moving images made my nausea worse, so I couldn’t watch any Christmas movies. Light and noise also made the nausea much worse, so I couldn’t really enjoy the Christmas tree or listen to Christmas carols. The one thing I was able to do (just barely) was go to Midnight Mass. Typically, if I could fall asleep for a few hours, I would wake up in the middle of the night with milder nausea. And so, my in-laws took our older daughters to a Christmas Vigil Mass, and my husband and I (and our youngest daughter, in utero!) snuck out to a Christmas Mass During the Night.

An outsider would have looked at my Christmas and called it a terrible, poor one. I consider it the richest one of my life. Everything was stripped away. I lost all of the externals, even my good health. Even the clothing I wore to Mass was baggy and didn’t fit right, because the wrong sort of fabric against my skin made me feel even sicker. All that remained was the Christ Child.

That Advent, I couldn’t light the Advent candles (the smell of the burning candles and the light and the sitting upright would have made me sicker) or hang ornaments on the Jesse tree (because even laying on the couch would have been unbearable). I only went to one of the Advent Masses at our church (although we did have a dear priest friend come and say Mass in our living room for one of the Sundays of Advent, and even crouched beside our couch so he could hear my Confession without me having to sit up). All I had last Advent was this desire for the Christ Child. All I had was longing for him who conquered death and suffering. He was the only hope I could cling to, and I longed to celebrate his birth.

That Christmas Mass during the Night was truly one of the most beautiful of my life. I sat for the whole Mass, my medicine pump pumping medicine through a tube in my stomach, and praying I would be able to receive Communion without throwing up. My Christmas feast was the Eucharist. I could tolerate little other food, but I was able to receive him that night.

This is sort of an extreme example, but in a strange way, I will always treasure the memory of that Advent and Christmas, because through them I learned how to truly celebrate those seasons. I learned to long for and cling to the Christ child.

In the end, more than the externals, that is all that truly matters.

Michele Chronister is a wife, and mother to two little girls. She is received her BA and MA in theology from the University of Notre Dame (’09 and ’11). She is the author of Handbook for Adaptive Catechesis, the co-author of Faith Beginnings – Family Nurturing from Birth Through Preschool, and editor of the book Rosaries Aren’t Just for Teething. She has contributed articles to Catholic Digest, Catechetical Leader, and is a regular columnist for Ignitum Today. She is also the co-chair of the National Catholic Partnership on Disability’s Council on Intellectual and Development Disabilities. When her oldest was a baby, she realized that their family life had taken on a sort of monastic rhythm – eat, pray, play, sleep. Prompted by this, she started the blog My Domestic Monastery (www.mydomesticmonastery.com), where she shares inspiration for families wanting to grow in holiness.

BUILDING PARADISE WITH THE LORD AS MY ARCHITECT AND MY BOSS

FAMILY LIFE IS A SERIES OF PILGRIMAGES –...