Pastoral Letter To the People of God in the Archdiocese of Cagayan de Oro
Archbishop Antonio J. Ledesma, S.J. 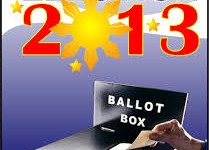 Elections are a time for choice and decision-making. Voters are expected to follow their conscience in choosing public officials that will serve the common good, and help in the development of their community. On election day itself, every voter becomes “partisan” – in the sense that he or she takes sides and chooses the candidates deemed most qualified for public office.

And yet, to be partisan in Philippine politics does not necessarily mean to side with one party only – even as political parties are beginning to articulate their principles and party platforms. Personalities, with their qualifications, are still crucial in determining principles and platforms. Thus, as we scrutinize the qualifications of various candidates, the Catholic bishops have encouraged Christian citizens to engage in “principled partisan politics.”

But how do we engage in principled partisan politics? Three modes come to mind. The first way, paradoxically, is to be non-partisan in favoring this or that candidate. On the other hand, it means to be partisan or to take sides for the democratic process itself to prevail. This is the role of watchdog citizens’ arms like the Parish Pastoral Council for Responsible Voting (PPCRV) and the National Movement for Free Elections (NAMFREL).

As in past elections, we encourage our parishioners, particularly the youth and religious lay organizations, to volunteer their services in these activities to ensure Clean, Honest, Accountable, Meaningful, and Peaceful (CHAMP) elections. Our archdiocesan social action team can help coordinate both PPCRV and NAMFREL activities at the local levels to ensure complementarity of roles. We also commend the initiative of the Xavier University High School alumni in organizing Crusaders for Honest, Orderly, and Peaceful Elections (HOPE) in the 62 polling precincts of Cagayan de Oro City.

During this period before election day, Voters’ Education will require much effort – not only in the proper utilization of the PCOS machines, but more so in choosing worthwhile candidates. It is in this context that voters can become Trans-partisan – i.e., in choosing the most qualified candidates across political parties. In their Pastoral Statement of Jan. 2013, the Catholic bishops “commend and support lay initiatives to form circles of discernment to choose worthy candidates . . . in order to bring values of God’s kingdom in the public discourse.”

As in previous elections, I have recommended that voters choose candidates with the five C’s – that they be men and women of Character, Conscience, Competence, Compassion, and Commitment. Other characteristics have been suggested: that candidates be maka-Diyos, maka-Tao, maka-Buhay, maka-Bayan, and maka-Kalikasan.

The Circles of Discernment for Elections (CIDE) seminar organized by the Dilaab Team in the Archdiocese of Cebu has further refined this selection process through its LASER test. Informal groups of voters are asked to evaluate candidates according to Lifestyle, Action/Accomplishments, Supporters, Election Conduct, and Reputation. I would highly encourage our Basic Ecclesial Communities as well as multi-sectoral and inter-faith groups to adopt this discernment process in order to arrive at a collective choice of worthwhile candidates.

Dilaab has also introduced a third mode of partisanship. This is called Pan-Partisanship (“i.e., reaching out to all political affiliations”). Prior to the formal campaign period, candidates from all political parties as well as those individuals still discerning whether to run for public office or not were invited to a “discernment integrity recollection”. 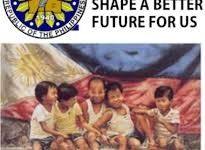 This focused on what Pope Benedict XVI calls “evangelical formation and pastoral accompaniment of a new generation of Catholics working in politics.” Prospective candidates were invited to pray over their own understanding and motivations for entering the sphere of public service. They were also asked to answer the LASER questions for themselves as candidates.

In addition to this inclusive invitation to all candidates to develop a form of spirituality in public office, I would include three issues of concern of pan- or supra-partisan significance (which all political parties should espouse).

The first issue of concern is vote-buying. In the archdiocese, we have launched a campaign: “Our Votes are Not for Sale.” It is a direct call to all traditional politicians (trapos) against the practice of rampant vote-buying (which is considered a criminal offense. More profoundly, vote-buying as well as vote-selling are offenses against the dignity of the voter himself who “exchanges” his reasoning and freedom for a fleeting sum of money.

A second issue of concern has been brought up by the CBCP Pastoral Statement: “the widening practice of political dynasties.” Along with other dioceses and organizations, we have launched in the archdiocese the Movement Against Dynasties (MAD). Recent studies by research centers have pointed out the correlation of political dynasties with corruption, poverty, and violence in various provinces throughout the country. The provision against political dynasties has already been inscribed in the Philippine Constitution of 1987.

The CBCP statement adds: “As monopolies in business, monopolies in politics limit the entry that can bring in new ideas and better services. Political dynasties breed corruption and ineptitude.” A related advocacy is the campaign against pork barrel allocations – which impels political dynasties to expand to control the largesse of public funds.

A third issue of concern, especially for us in Cagayan de Oro, is the care and conservation of the environment. Typhoon Sendong has taught us the bitter lessons from the wanton degradation of our watershed areas surrounding Cagayan de Oro River and other tributaries. The continued bleeding of Iponan River from hydraulic flush mining also has to be stopped. The rehabilitation and protection of our environment should be a pan-partisan concern of all candidates for public office. 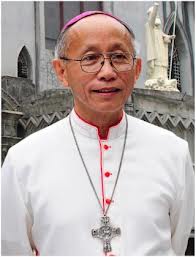 This then is the challenge of Responsible Citizenship as we approach election day. While church leaders themselves have to remain non-partisan in electoral contests for the sake of transcendent Gospel values that they uphold, it is good to keep in mind the three calls of CBCP for all Christian citizens:

1) To form circles of discernment;

2) For the laity to exercise their right and duty to support candidates who are qualified and public service minded; and

3) To engage in principled partisan politics.

In the context of elections for public office in a representational partisan democracy, a candidate who has been selected by a political party is normally said to be the nominee of that party. The party’s selection (that is, the nomination) is typically accomplished either based on one or more primary elections according to the rules of the party and any applicable election laws .