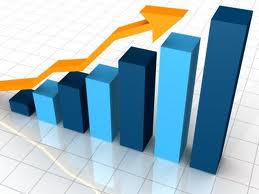 Many things in life require raising the bar. Barely two months from now the London Olympic games will be in full swing. The best athletes of the world will converge in that beautiful city where you hardly know where the sun rises or sets especially if you are there for the first time. In fact when Robin Hood arrived in England with his Moslem companion, the Moslem complained to him asking where the east or the west was , as he was ready to do his prayers to Allah. But these athletes will be there not only to compete to snare a gold medal but to break previous world records in their respective events. This is raising the bar.

I remember when I was still in my late 30’s, I played basketball as a member of the Negros Occidental Medical Society team and I made 32 points in one of our games. Of course we won over a ‘so-so’ team. To this day, it is still fresh in my mind that I should have taken the official score card as a souvenir but I did not. That was raising the bar in my life as I was then a frustrated, mediocre basketball player who could not even make it to the school’s varsity team.

On April 15, 2012, Hedy and I were early at the NAIA 2 terminal waiting for our scheduled flight to Cagayan de Oro. The night before was the fellowship night of the BCBP NAC 32. We knew our absence was hardly missed. We left early from the venue to pack up our things. We were sitting in the terminal airport seats nonchalantly, agog and still dazed over the success of the NAC 32. Maybe the word “lavish” is an over-kill, but indeed it was a grandiose celebration. This is what is meant by raising the bar, but this time it was raising the bar to its penultimate height – for the Lord Jesus Christ. We were all there packed like sardines during the Friday worship assembly for one primary purpose and that was to glorify, honor and worship the Lord of Lords and the King of Kings. All other things were secondary like meeting or re-connecting with old and new brothers and sisters. Or going around the nearby mall after the grand breakfast and so on and so forth.

From this time on, all NAC hosts will be raising up their own bar. Maybe foremost in their minds will be to surpass the Manila event. I don’t know if this constructive but definitely not destructive. Whatever it is, it all boils down to the fact, that we should never forget, that it is an annual event for Jesus.

Our NAC 32 theme of “..Go…I AM with you”…boldly printed in our BCBP galleon ship’s flag, augurs well for our Vision and Mission. We do not know where our country is headed for, but what we do see in our present society is the forthcoming passage of the RH bill. We are already seeing a massive distortion of man’s value systems – ethical, religious, philosophical, scientific, creative, spiritual, aesthetic and attitudinal values; distortion of values leading to murder, rape , abortion, drug addiction, plunder and corruption, fragmented families because of poor economy, and pretty soon legalized same sex marriages. Unless we stem the tide of these distorted values, we can expect that we will become the next Babylon.

Philippians 3:13-14 says…’forgetting what lies behind, straining forward to what is ahead, I press on toward the goal, the prize of the upward call of God in Christ Jesus…’

I believe it is incumbent upon all of us, businessmen and professionals, to heed the upward call of God… “Go…I AM with you..” We have a stake in this, that we should and MUST raise the highest bar even higher to reach the penultimate height of EVANGELIZATION…to win the marketplace for Christ. We know what life awaits us when we make the choice, when we answer the upward call, for the prize is GOD HIMSELF…a fullness of life on earth and eternal life in heaven.

A SAGA OF FAITH AND HEALING