This column begs to be written. 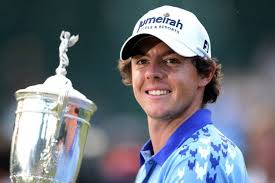 Rory McIlroy, 22 years old, has just won the US Open last week in a most record breaking fashion. He is now the youngest US open winner since Bobby Jones in the twenties. No, it’s not Tiger. However if you include all winners of all of Golf’s Major tourneys to include the The British Open, PGA Championships and Masters, it’s still Tiger who won whilst being the youngest at the Masters in 2000. This spectacular win of McIlroy came just two months after his meltdown at the Masters. He won with a record breaking -16, an 8 shot lead over another wunderkind, Filipino Aussie Jason Day.

After the losing the Masters, I amongst others, thought that the guy will take at least 6 months to a year to recover. It took him only two. This is why this piece is begging to be written in the light of what I had said during my last one. I was then guessing what went on in his mind as he lost a huge lead coming into the final day of the Masters. The effects of that loss and its effect on Rory’s fans and the media, were all erased in the last US Open. He led from wire to wire – start to finish breaking several records of long standing, at least for the US Open.

So now we have a story of recovery, redemption – resurrection if you will, of one young man who kept his eye on the prize. I had in my previous column, described that loss by citing 1 Corinthians 10: 12 So, if you think you are standing firm, be careful that you don’t fall! 13 No temptation[a] has overtaken you except what is common to mankind. And God is faithful; he will not let you be tempted[b] beyond what you can bear. But when you are tempted,[c] he will also provide a way out so that you can endure it.”

The events at the Congressional took place as if McIlroy had read that scripture quotation (specially the latter half). None of us will ever know what truly was in his mind. But he left clues. One event was the Masters’ meltdown itself. He said that this actually helped him with the US Open – he now knew what to do. Also, his father’s presence on the tourney grounds steadied his nerves – reminding him of the sacrifice his parents made to further his golf career.

One last event needs mentioning. Rory McIlroy just happens to be the UNICEF ambassador for Northern Ireland. He had visited quake-ravaged Haiti weeks before his game and got in touch with the masses of poor in Haiti. It made him think that there was more to life than golf and/or the US Open. A healthy perspective before the competition! To quote : “I thought I had perspective before going to Haiti, and then actually seeing it just gives you a completely different view on the world and the game you play.”

I often refer to previous columns when I write a new one. I have written about the habits of practicing for your games. Rory played two full practice rounds and came to know the course pretty well. He was leading by 3 after the first day. On his second day, he broke the US Open 36 hole record with a score of 131 to increase his lead to six. The golfing world knew that putting was the weaker part of his game. However here, he made only on three putts all week. Referring back to 1 Corinthians, we waited to see if he would be tempted to collapse on the final day, but he didn’t. He birdied his opening hole on that Sunday. Redemption finally came with another record broken. He shattered the US Open tournament record by four shots when he scored 268 for a four day total.

One of his first few words after the final putt was “Happy Father’s Day, Dad!”

Learn from your failures. Keep your perspective. Don’t doubt your ability. Close your ears to the negative comments of others. Focus on the now. Do your very best. And thank your Heavenly Father when you are victorious!

Nice column. Thanks. Golf is indeed like life or v-v. It is a game of quick recovery. In life, everyone makes mistakes. The thing is you should try to learn from your mistakes quickly so could recover fast. And with faith in our Lord and Savior Jesus Christ and loving service to our fellowmen, recovery and redemption is just around the corner.