REPENTANCE, FAITH AND FORGIVENESS APPLY TO GOLF, TOO

Repentance and Faith, one of the most important BCLP talks, applies to golf more that we realize. In fact, so does “forgiveness” but in a totally different context. Let me explain… 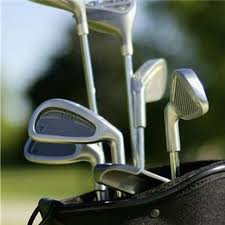 The favourite selling pitch of golf club manufacturers these days are the “forgiving golf clubs” – those that are ingeniously crafted away from the old ancient golf clubs called “mashies, spoons and niblicks”. Those old golf clubs are all totally difficult to swing and make a clean contact with. They all cause horrible slices and hooks at the slightest off-center hits.

Today’s high-end new clubs are aggressively marketed as “game improvement” clubs and are spiced up with terms like perimeter weighing, cavity back, High MOI, low COR with adjustable head angles and lofts and moveable weights. All seduce/deceive the ordinary golfer causing him to believe that he can swing like Tiger or Rory. However, these clubs only forgive the poor golfer on some, not all of his bad swings. If his swing does not improve, the mistakes will come back, even if he changes his Driver every year.

The painful reality is that a golfer’s game never improves despite the new forgiving clubs if his swing does not improve at all. The question that needs asking is “can he now forgive himself”? Most probably he is indeed forgiving himself. Perhaps he is thinking, “I have a new club, my game will improve next time.” The deception of the clubmaker is now complete. The golfer may spend the next few months waiting for his swing to improve; if it doesn’t he decides to buy another new club.

“Forgiving” golf clubs do not make the bad shots go away. No! Perhaps it lessens the slices and off-center hooks, yes. But to complete the promise of a “game improvement club” one must practice and get better each time.

Perhaps the missing ingredient is personal repentance. I have seen several permutations about which comes first: repentance or forgiveness. However, the Biblical formula for forgivness is : REPENTANCE first, then forgiveness. To change bad swing habits, you need to feel the pain of regret of making the bad swing. Then forgive yourself for that bad swing immediately and stop lingering on it.

Perhaps to best demonstrate the effect is to consider that bad swing as a sin – against yourself and your ego. If you have sins, you go to confession. If you have bad swings, your penance is to practice. Too much dependence on a “high-forgiveness” golf club is like accepting the priest’s absolution without doing the penance.

To licentiously stretch this comparison, we still commit many sins after confession and, in fact, we repeat many of the same sins. We make different swing errors, we make same swing error repeatedly. We actually correct them with practice and pro sessions. But then again our weaknesses will make us make those swing errors again. In the real world, we need to practice our swing constantly and consistently in much the same manner as we need to confess regularly.

Now before I go to the Adam Scott story let me share some words about remorse, regret and repentance. “Regret is that activity of the mind (intellect) that causes us to say, “Why did I do that?” Remorse touches us a little deeper causing us to feel disgust and pain (involving both the intellect and the heart), but not causing us to change our ways. True repentance brings in the third aspect of our minds – our will. To truly repent one must have a change of will. “Godly sorrow” is the catalyst that brings us to true repentance.” [Warren Wiersbe, Be Reverent, p. 149.] 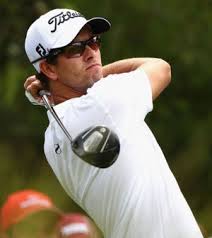 Adam Scott is the new Masters Champion of 2013. I felt I had to end this article with him after I wrote about his last year’s last four hole meltdown at the British open. See my article “Unforced Errors” 12th August, 2012. Scott collapsed in the 2012 British Open as he lost a sizeable lead by bogeying his last four holes using a belly putter. He is one of the few major players using one. Even in this Masters tournament, everyone was very sceptical and was inevitably expecting Scott to meltdown in his end game just like the in Open. He didn’t. What was more spectacular was that his closest rival, Argentinian Angel Cabrera, a former Masters Champion, put up a stiff fight. Cabrera lost the game on one missed putt. Adam controlling his emotions and his general self, made a longer and more difficult put and won this Masters, not with a four point lead but One single point – down to the wire . . . with the same belly putter.

Adam Scott seemingly felt the pain of regret for losing the Open, learned to forgive himself (took almost a year!) and went on win this year’s most difficult major. Aussies seemed to have bad luck at the majors. None more famous than are the misfortunes were made by Greg Norman’s near misses. Scott put that pain of regret to good use. He swore perhaps to avoid making those bad shots he did in the Open. That was repentance.

Adam Scott got rid of the monkey on his back, in fact two monkeys. 1. That no Australian has won the Masters. 2. That few golfers had ever won a major using a long belly putter. Scott was Australian. He used a belly putter to win with a long rather difficult put to win in Augusta, a very difficult course.

That is faith. Repentance, faith, and forgiveness in action.

LOVE LETTER TO FILIPINOS FROM AN AMERICAN EXPAT