RISING UP THE CORPORATE LADDER WITH GOD

RISING UP THE CORPORATE LADDER WITH GOD

When I was new in the BCBP, I attended a seminar sponsored by our Protestant brothers on Business, Money, Wealth and Work. One of the speakers said that “Christian values and principles in the workplace are ineffective not because they lack power but because they are feared and therefore not practiced.” 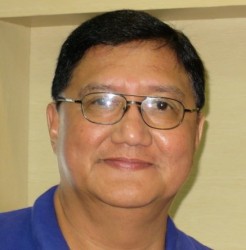 At that time, despite a power struggle and slander in the company where I was then working as a Division Head in Marketing, God protected me and the other manager concerned was fired. However, even after God’s intervention, I still doubted if the Christian Values espoused by Jesus could be effective in the workplace especially as to how they could transform work concerns such as corporate politics, backbiting, corporate injustice/oppression and other important issues such as bribery, corruption, corporate gifts. When I had become a member of the BCBP, I felt that God could effect changes and transform most of the areas of my life— except the workplace.

I took the BCBP Christian Life Program # 10 in Makati in 1986 just after the First EDSA revolution. God revealed to me His love when during the BCLP he healed my eldest son Miguel of epilepsy and after the BCLP my daughter Annika who at a tender age of 1 month was spared from a major operation.

I worked hard in whatever job I found myself in. However, the higher I got up the corporate ladder, I encountered issues and problems at work that presented a challenge to the values I learned in the BCBP. The practice of these unethical issues presented temptations for me to use them to go even higher up the corporate ladder especially when I would see people get promoted by practicing them.

But God gave a promise in Gen 28:15 to remove my fears: “Know that I am with you; I will protect you wherever you go, and bring you back to this land. I will never leave you until I have done what I promised you.”

I would like to share with you one of many incidents. When appointed as President of a company with a tract of land of about 300 hectares, I talked to the owners to transfer the titles in our name, have them converted and start developing them as the increase in value of the properties are only paper profits until they are developed and sold. However the brokers of the property wanted to earn millions out of the transactions through less than honest deals with provincial and local officials. During the negotiations there were even threats against me as the brokers wanted me terminated. God saved me as the owner could not remove me because I was bringing profits to the company. 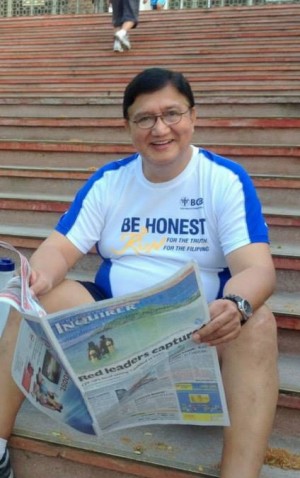 But I was being forced to terminate some others as sacrificial lambs. God came to my rescue just in time as I was reminded during the Social Teachings of the Church Seminar given in the BCBP at that time about God’s preferential option for the poor and needy, for those who cannot defend themselves and that God and His representatives and stewards in positions of authority like me should fight for them. I was also reminded in Lk 12:48 that those in positions of authority will have to account for their actions to God. “Much will be required of the person entrusted with much, and still more will be demanded of the person entrusted with more”.

I stood my ground even if I was scared for my job with God reminding me always that he will take care of me with memories of His love in the past affirmed by readings in scripture such as in Sir 2:10 “Consider the generations long past and understand, is there someone who trusted in the Lord and was disappointed?” Also, I was comforted by the fact that even if I was fired, our savings, which was God’s gift to me and Janet, could provide for the family.

I am involved in the field of Real Estate having managed several companies operating in the affordable housing market before I set up my own company dealing with the purchase, repair, renovation and resale of foreclosed assets. In every crisis I have experienced in my career, God would always remind me of his great love revealed in my past and this always strengthened me to face the challenges in my life. Some of these incidents where I have experienced God’s love are:

1. By God’s gift and grace, He opened opportunities for me to get promoted and be given salary increases while transferring to several companies starting with my first job in a bank until I was managing a medium sized company with the position of Chief Operations Officer at the young age of 29, most of these happening during the turbulent years between 1978-1986.

2. After 4 years in this company working Monday to Sunday, I had a change of priorities in order to have time for my growing family and my relationship with God. I transferred to another company with a lower position having a lower salary but was redeemed by God with promotions later on. At the start I was depressed, having transferred in October not getting my bonuses and profit sharing, thinking that it was the worst decision I had made in my life. Then at the New Year’s Party when wallowing in self pity and blaming God, I won a cash prize of P10,000.00 in the company raffle (I had never won a raffle before in my life). As I stood up to get the prize fighting back tears in my eyes, God was telling me, “See, the foundation of your life is not money, positions, not even your talents, but in your relationship with me. I am the foundation of your life and the basis of your security. Everything you have is gift from me. I will take care of you.”

3. The Lord has blessed me with a lot of miracles that have resulted in my trusting Him more, trust in God being the basis of faith. One of them is the Good Works Fund that started ironically when I was serving as CH of BCBP Quezon City and had only Consultancies as my livelihood. In these consultancies, God gifted me with a share of the profits in said companies. Then monies that I did not expect came from people to whom I had given free consultancies in the past. One who had not paid me my fees for 6 months called me after one year to tell me there was a check for close to P200,000.00 in my name. Grateful to God, I promised Him I would set up a Good Works Fund to use the money which had reached almost 7 figures for God’s projects. I used it to help BCBP brothers in need, my family, the Family Encounter weekends when the FE was starting. I also used it to set up a bourse in San Jose Seminary for needy seminarians, and for other projects God led me to.

4. When I left the company I last managed, God opened a new door with opportunities for me to go on my own, a dream I had even before. I opened my own company to buy, renovate and re-sell foreclosed assets. He even provided the best timing by preventing me from over-buying early in the business (this was the time that I questioned God about the slow growth of my business) as later on the HDMF came out with guidelines that increased the discount on purchases of foreclosed assets from 20% to a max of 45% making the venture very profitable.

5. Likewise early in the education of my children, God provided us with an Educational plan which my wife bought very cheap that provided for the Ateneo HS and college education of my eldest Migs and my middle child Annika, and the elem. and HS up to 3rd year of my youngest Gabi. When that company folded up, God’s timing was perfect. Gabi, who had had seizures and was diagnosed as epileptic in grade 7 bloomed in his studies after the seizures getting a full scholarship including books in college in the Ateneo ultimately graduating last April with a degree in Legal Mgt. magna cum laude. I have a partner in Janet who is very supportive and who started working again even though we already have our retirement nest egg in place because she wanted to support me in my business while it was just starting and give my children a better future. And my business is now turning a profit.

In closing, during my last retreat, I saw that the times of the greatest fears/crises in my life corresponded to the times where I fell down and committed sin, when fear overcame my memories of God’s love. I realized that I had to grow in experiencing the love of God in a deeper way and to see my everyday experiences and difficulties as challenges to trust Jesus more and entrust to Him all aspects of my life.

This is how I try to live my life now – trusting in Him, always being aware of His love for me. To God be the glory.

MERCY, COMPASSION AT THE HEART OF THE NEW COVENANT

Very inspiring. A struggle in the private firm with our BCBP advocacy on honesty. It is also happening in the government service to include politicking, injustice and oppression, etc. However, the need for more prayer and discernment is necessary in order to embrace the current realities and to allow us see and experience the beauty after the storm. God bless you Roy.

Very inspiring testimony on how God made me realize that the foundation of our life is not money, positions, not even our talents, but in our relationship with God. Bro Roy thank you so much for the sharing. I hope you and sis Janet will include in your busy schedule to be our sharers here in Zamboanga City. God Bless you and your family…….

Thanks a lot for sharing, bro. Roy. God bless your new ministry! And looking forward to your sharing in Davao West’s breakfast.

A few months back, God showed me the meaning of faith. At that time, I felt like I am having similar experience like the prophet Hosea. God let Hosea experienced the meaning of God’s love jn his marriage. In my case, I experienced the true meaning of FAITH through life of unanswered prayers.
As I came to realized the true meaning of FAITH, I was having personal trouble with my adult children. I have six kids. The first 3 were girls. The first two I have already given away in marriage. It dawn in me that God will show me the true meaning of relationship as I myself am a father to my children ad God a father to me. This sharing of Roy Calleja, is the first of many revelations from God. What Roy says in his sharing is very touching and meaningful to me: “See, the foundation of your life is not even money, your position, not even your talent, but your relationship with me”.