SERVING GOD IS A MATTER OF THE HEART

The annual chapter recollection that we had last March 22, 2019 was a good personal reminder, especially on the topic about God’s covenant with us. Talking about covenants, it made me recall of the story of a young man who was just a mediocre, he didn’t have any dreams except for those begets during his sleep. He refuses to understand that he has certain virtues and gifts that need to be protected, cherished, used and to be shared with others. 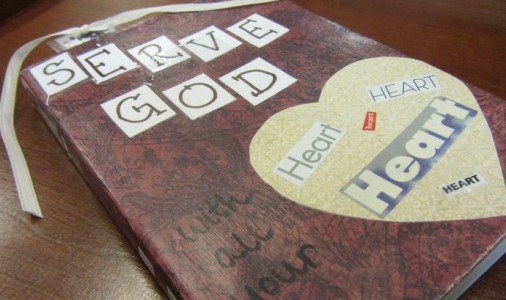 One day, he prayed to God asking for something. He made a covenant with God that if his wish will be granted, he will serve God by helping the poor and the unemployed. Days, weeks, and months had passed but there was no sign that God was willing to grant the wish of the young man and this caused him several sleepless nights and anxieties. Then one night he had a dream. In his dream, he was told by someone that his wish will be granted. However, in that same dream, he saw a document showing that something was amiss. Confused of what his dream was trying to tell him, he consulted the help of a card reader – a fortune teller, who told him that his wish will be granted except that he will have to pray harder for it. So the young man bombarded the heavens with his prayer and finally the wish was granted. For several years the young man complied with his part of the covenant. But serving the poor and the unemployed has its many disadvantages so along the way. The young man shifted to another direction in life, on several instances he was constrained to violate the covenant.

During the recollection, when I allowed to open up myself to God, He made me recall the young man’s story. He likewise allowed me to look back to my beginnings, my childhood days and how my father had taught me to catch fish and how to mend a broken fishing net. I cannot forget what my father had told me: “Being the eldest child, your brothers and sisters will look up to you…” The day of our recollection was the birthday of my deceased father and the day before that. I had dreamt of him. Since I was a child, dreams had always played a role in my life. I have witnessed events (some of which were painful) and situations unfold before my very eyes and had gone to far fetch places which I have first seen in my dreams. I have come to accept that my dreams during the night will always be a part of my life.

One night I had this dream: I was talking to an old man who was furious why I did not accept the service that was given to me. He said that I was the first choice to handle the service and yet I declined and requested that the same be given to the second choice. I told the old man that I can serve more if I will accept a lower service. I told the old man, that if I were to chose between a sack full of money and a sack full of wisdom, I will take the sack of money for the simple reason that people usually take what they do not have – end of dream.

I woke up realizing that I did not get my sack of money because I already have my sack of wisdom. Wisdom tells me that serving God is a matter of the heart. No other person can shove that in your throat. But why that dream of catching fish, of mending the broken net, of being looked upon by my brothers and sisters? Wisdom tells me to listen to my dreams, listen to where my heart belongs. During the recollection, we were told that God is looking for us, that He will accept us unconditionally, that He will be there for us.

As I reflect on the things that transpired after the recollection and after having the dream about the old man, I now know how I will continue to serve the Lord. I continue to pray that I will be a good fisher of men, and that twill not fail in what is expected of me. I continue to pray that Twill remain to be His faithful servant and not fail in the covenant I made with Him, and most especially in the covenant I made to our community, the BCBP. As a shepherd of God’s flock, I will watch over them. I will not lord over them but will be an example to them. I will submit myself to my elders but I will take courage to speak from my heart. I will cast to God all my anxieties in service because He cares. For even in my dreams God has spoken.

To God be the glory.

EMBRACING THE AMBIGUITY OF THE GAME

CHRIST CALLS US OUT OF OUR DARKNESS