VATICAN CITY, (CNA/EWTN News) .- Pope Francis in one of his homilies lamented the many Christians who close the door to God’s grace out of spiritual laziness, urging them to instead receive healing from the Lord so they can spread the Gospel. “This is the disease of sloth, the acedia of Christians. This attitude that is crippling the apostolic zeal, which makes Christian people stand still and at ease,” the Pope exclaimed. 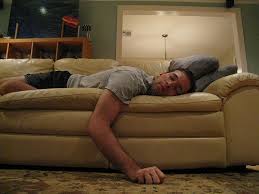 Using the figures in the reading in which Jesus heals a paralytic on the Sabbath and is later persecuted for it as a launching point, the Pope drew attention to both the infirmity of the sick man whom Jesus healed, as well as the spiritual illness of the Pharisees who plotted against him because of the act. “I think of many Christians, of many Catholics,” in these figures, the Pope said, noting that “yes, they are Catholics, but without enthusiasm — even embittered.”

Observing how some might say “I go to Mass every Sunday, but better not get mixed up in things – I have faith for my health, I do not feel the need to give it to another…’” the pontiff noted that to stay in one’s own house living a “quiet life” and not risking anything is “the disease of sloth, the acedia of Christians.” This “standing at ease” is “not in the good sense of the word,” he explained, adding that “they do not bother to go out to proclaim the Gospel! They are anesthetized.”

Anesthesia, the Pope went on to say, “is a negative experience,” adding that those Christians who suffer from this spiritual sloth “are sad” because “they are people without light – real downers, and this is a disease of us Christians.” Emphasizing that those who have this attitude “are not useful” and “do not do the Church well,” the Roman Pontiff questioned “how many Christians are like this? Selfish, out for themselves.”

Returning to the Gospel passage, Pope Francis underlined another type of sin seen in those who criticized Jesus, referring to it as the sin of formalism, and stating that “Christians who do not leave space for the grace of God – and the Christian life, the life of these people, consists in having all the paperwork, all the certificates, in order. Christian hypocrites, like these, only interested in their formalities,” he repeated, adding, “It was a Sabbath? No, you cannot do miracles on the Sabbath, the grace of God cannot work on Sabbath days.” People with this attitude “close the door to the grace of God,” the Pope continued, emphasizing that “we have so many in the Church, we have many! It is another sin.” 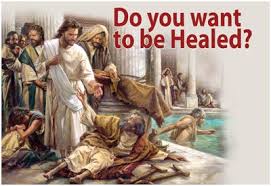 “The first, those who have the sin of sloth, are not able to go forward with their apostolic zeal, because they have decided to stand firm in themselves, in their sorrows, their resentments, in all of that. Such as these are not capable of bringing salvation, because they close the door to salvation.” Highlighting how “we ourselves have often been taken by this acedia, or have been many times like the Pharisees: hypocrites,” the Roman Pontiff explained that because these temptations inevitably come our way, “we must learn to defend ourselves.” In the face of these temptations, before “that field hospital there, which was a symbol of the Church” and in front of “a lot of hurting people,” Jesus approaches the man and asks only one thing, the pontiff recalled: “Do you want to be healed?” Afterwards, “grace accomplishes everything,” the Pope observed, noting that when Jesus meets him later in the temple, he tells the man to “sin no more.”

“The two Christian words: do you want to be healed? Sin no more. First he heals, then (he says), ‘sin no more,’” reflected the pontiff, highlighting how these words are “spoken with tenderness, with love.”

Concluding his homily, Pope Francis affirmed that “this is the Christian way, the way of apostolic zeal: to get close to many people who are injured and in this field hospital, often people whose wounds were inflicted by men and women of the Church. It is a word of a brother and of a sister: do you want to be healed?” he asked, noting how when the man goes forward, Jesus tells him “‘Do not sin any more, it is not good for you.’”

THE GARDEN OF OUR LIFE