The Philippine Star, Career Guide, February 23, 2014, C-1. Do you know that workers in Disneyland are not called employees but “cast members,” as in the cast of a play? This applies not only to the guy inside the Mickey Mouse costume or the girl who plays Snow White, but also the ticket booth attendants and the street sweepers. Everyone, whether in the front line or behind the scenes, owns Disneyland’s mission statement of “To Make People Happy.”

Perhaps it’s about time for companies to call their employees differently. The term “employee” is understood mostly in a transactional sense: I do a specific task and you pay me a specific wage based on a contract. But if some people are asked to do something that is not in their job description, they feel, “I am not being paid for that. That’s not my job.”

Of course, there are admirable workers who go the extra mile and deliver more than what is expected. Shouldn’t we give them a special name? How about “stewards”? A steward is someone who has been entrusted with another person’s resources, with the mandate to protect and expand those resources.

In ancient times, a rich man would appoint a steward in charge of his finances. A highly trusted steward was given a free hand, such as disbursing funds and making business deals without having to ask his master’s permission. The only catch was that from time to time, the master will summon him to account for his activities. The modern-day equivalent would be that of an asset manager, subject to periodic audits by the business owner.

Can you imagine if we endow the same concept to our workers? We will be telling them, “You are more than someone who follows orders and collects a pay check. You are a person whom we trust with our resources. Some valuable things are given into your hands. You are part of a shared dream.” 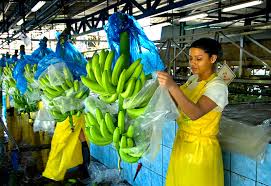 What I would like to see is that workers will appreciate their roles in a deeper way. For example, a machine operator will see his task beyond just running a piece of equipment. Rather, he “adopts” the machine as if it were his own and thus keeps it in tip-top shape or harnesses it at optimum capacity.

But stewardship can be applied to other areas of a business. Allow me to suggest three.

Your employer’s time. It is often said that time is money. Your employer’s business hours are meant to be converted into profitable activity. Each working day, you are entrusted with a chuck of these irredeemable hours, during which you are expected to create a product or service that has value to the employer. This is why doing personal things on office time, such as sleeping on the job or going AWOL, is considered as stealing from the company.

Therefore, maximize your working time. Plan your activities. Practice multi-tasking. Delegate whenever able. Use time-saving technology. This does not mean you don’t take a break from time to time, such as resting your eyes from the computer or stretching your legs. But these are to guard your health or refresh yourself so you can continue being productive.

Your employer’s reputation. Do you want to be identified with a company that’s well known for excellence, quality and integrity? Of course! Would you invest money into a corporation wracked by internal shenanigans? Likely never. Organizations strive and invest heavily for such a reputation. Yet an employee can make or break the good name, or (in Biblical language) give glory or shame to his master.

Therefore, let us keep in mind that we not only belong to an organization but represent it. This is not limited to the CEO. A visitor usually gets his first impressions from the way he is treated by the front lobby receptionist. A sales person enhances his company’s reputation by solving his client’s problems. But someone else can sabotage it by messing up the order. The point is clear: be zealous for your organization’s good image. 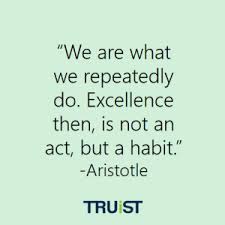 Your employer’s talent pool. There are times when I step into a workplace and see an iceberg: people using 10 percent of their potential while the 90 percent remains untapped. Many companies boast that its people are its greatest assets. But the proof of the pudding is how much it invests in developing its employees or opens opportunities for career growth.

One may say that this is HR’s job. Actually, this is everybody’s job. Are we bringing out the best of our co-workers? If you are a supervisor, mentor your direct reports. If you are a middle manager, groom a successor. Within your sphere of influence, create a learning culture. And don’t neglect being a steward of your own skills and talents. Take responsibility for your own professional advancement, such as by reading good books or enrolling in worthwhile seminars. Wasted potential is such a tragic sight.

Conclusion. All right, maybe calling employees “stewards” is an idea way before its time. But why wait until senior management imitates Disneyland and calls its people “cast members”? By setting a personal example and encouraging others to maximize the company’s resources, we may not only be pursuing excellence. We may be sparking a revolution.#

THE TOMB IS EMPTY, ALLELUIA!