MANILA, Dec. 9, 2014—One of the country’s highest priests appeals to the faithful to back the the Church’s advocacy against “all forms of stealing and thievery” inspired by the Seventh Commandment “Huwag kang magnanakaw” (Thou shalt not steal) in a bid to bring about a moral recovery and reclaim the “stolen” dignity of the Filipino people, especially in the light of the upcoming papal visit.

In a Dec. 2 open letter addressed his flock, Manila Archbishop Luís Antonio G. Cardinal Tagle encourages the faithful to start wearing t-shirts on which “Huwag kang magnanakaw” is printed, as well as to hang tarpaulins in front of parishes, shrines, and schools. 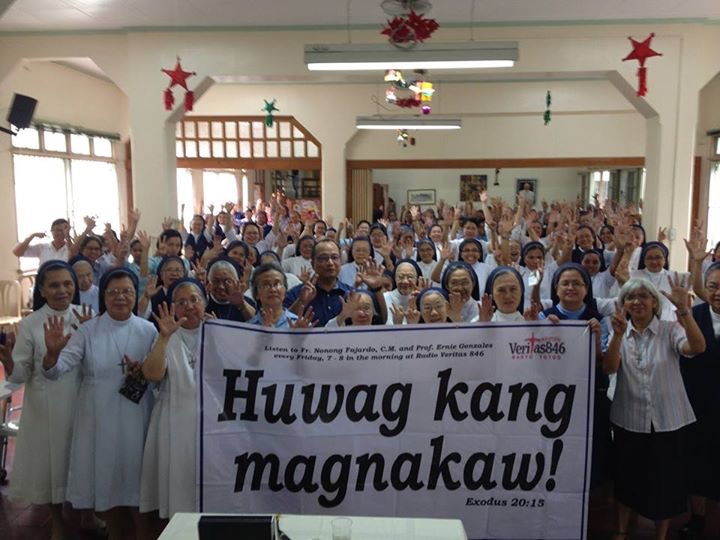 “Stealing is developing as a culture so that society would find it normal. But it is an outright disregard of the Seventh Commandment. We have the moral obligation to guide the faithful in obeying the basic laws that God has given us,” he laments.
In line with this, Vincentian priest Fr. Atilano “Nonong” G. Fajardo, head of the Archdiocese of Manila (RCAM)’s Ministry of Public Affairs, calls on all parishioners to wear the campaign t-shirt on Dec. 16, the first day of “Simbang Gabi”.
According to him, this movement can usher in the eradication of the “culture of stealing” in the country, and plant the seeds of “honesty, integrity, and generosity”.

The public may also join the anti-corruption drive by tuning in to the “Huwag Kang Magnanakaw” program aired over Radyo Veritas 846 every Friday from 7:00 a.m. to 8:00 a.m.

“Our effort in supporting the campaign is one of the best contributions to the preparation of the coming of Pope Francis to our country,” Tagle notes.

“May I call on you to pray for the forgiveness for all our sins committed against the Seventh Commandment and ask God to heal our land,” the prelate adds. 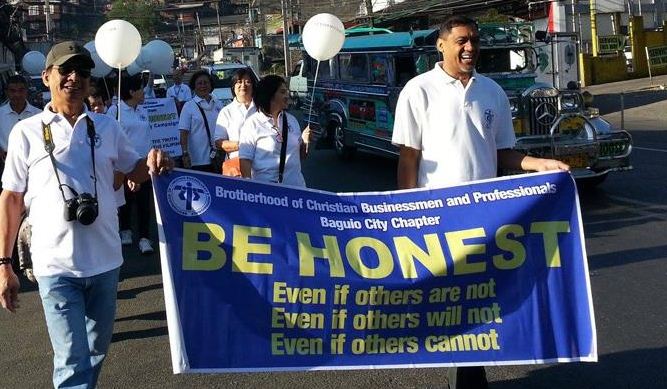 CBCP: STAND UP FOR THE CHURCH OF THE POOR