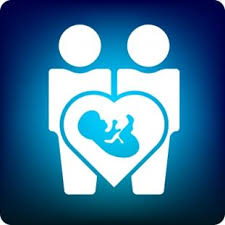 The polarization of Philippine society over the Reproductive Health Bill has been a source of discouragement and discontent among Filipinos. It is unfortunate that the debate has focused only on whether the Bill should be passed or rejected in its present form. Either option would not be good for Filipinos. The Church sees in the proposed Bill serious flaws that can lead to violations of human rights and freedom of conscience. It would not be acceptable to pass it in its present form.

Total rejection of the Bill, however, will not change the status quo of high rates of infant mortality, maternal deaths, and abortions. It is a moral imperative that such dehumanizing conditions should not be allowed to continue. What is needed is a third option: critical and constructive engagement. By working together to amend the objectionable provisions of the Bill and retain the provisions that actually improve the lives of Filipinos, both the proponents and opponents of the Bill can make a contribution to protection of the dignity of Filipinos and an improvement of their quality of life.

The following are talking points and proposals for dialogue and negotiation on the objectionable portions of the Bill:

Contraceptives that prevent the implantation of embryos
• At the center of the controversy regarding abortion and the RH Bill are IUDs and other contraceptive medications and devices that may have the possible effect of preventing the implantation of an embryo, which for the Catholic Church, is considered an abortifacient effect. [Contraceptives without abortifacient effects are treated differently in church teaching. They are forbidden for Catholics but other religious traditions allow them.]
• Proposal: The State first has to make a clear position whether it considers the prevention of implantation of an embryo as an abortion. If the State takes this position, there must be a careful and scientifically based evaluation of each of the medicines and devices provided by the Bill. Those contraceptive medicines and devices which are determined to have abortifacient effects are to be banned even now and regardless of whether the RH Bill is passed or not.

Providing Reproductive Health Information and Services for a Multi-Religious Society
• Even if the majority of the population of the country are Catholics, our democratic system should ensure that public polices are not determined solely by majority vote but also by a careful consideration of the common good of all, including non-Catholics.
• The Compendium of the Social Teaching of the Church rejects any imposition of norms by a majority that is discriminatory of the rights of a minority: (#422) “Because of its historical and cultural ties to a nation, a religious community might be given special recognition on the part of the State. Such recognition must in no way create discrimination within the civil or social order for other religious groups;” (#169): “Those responsible for government are required to interpret the common good of their country not only according to the guidelines of the majority but also according to the effective good of all the members of the community, including the minority.”
• It is the duty of various religions to teach their faithful and form their consciences about what their religious tradition allows and prohibits with regard to family planning. It is the duty of the government to provide correct and comprehensive information on all non-abortifacient (as defined by law) family planning methods that are available. Consciences will thus be better equipped to make informed choices according to their religious traditions.
• Proposal: There can be two separate parallel programs for providing information and training, one for NFP and another for artificial methods of family planning (with separate budgets). The separation of the programs will ensure that NFP will get adequate funding and those trainers who wish to teach only NFP for religious reasons will not be forced to teach artificial methods. The conscience of health workers and trainers should be respected. If a Catholic health worker or trainer conscientiously objects to teaching contraception methods, he or she should be allowed to teach only NFP methods.

Limits to the Anti-Discrimination Provision
• The current Bill prohibits the refusal of health care services and information based on a patient’s marital status, gender or sexual orientation, age, religion, personal circumstances, and nature of work. This provision must have parameters. For example, if a doctor refuses to administer an IUD to a minor who requests for it, would that be considered age discrimination?
• Should the provision apply equally to both in the public and private health care providers or shouldn’t private practitioners have more leeway in practicing their medicine as they see fit?

Employers’ Responsibility
• Employers should not be required to provide in their CBAs reproductive health services of their employees. To enforce this requirement would be a violation of the conscience of Catholic employers.
• Proposal: Such a provision is unnecessary because the general Philhealth medical coverage, which is mandatory for all employees, provides for such reproductive health services upon request of the employee. This allows employers with religious objections to contraceptives or sterilizations to avoid direct formal cooperation in the provision of such family planning methods to their employees.

Contraception as Essential Medicines in Government Health Centers and Hospitals
• The Church’s objection to this provision is that it appears to treat pregnancy as a disease.
• Proposal: The question of whether contraceptives are essential medicines should be resolved by a panel of objective medical experts such as the Philippine Medical Association. What contraceptives actually prevent diseases? It would be helpful to be able to present cases where the use of a contraceptive is a medically indicated treatment for a particular disease or emergency situation. If some contraceptives are ultimately decided as essential or emergency medicines that should be stocked in government health centers and hospitals, no contraceptives with abortifacient effects are to be allowed.

Implementing Norms
• Proposal: The committee to be in-charge of the Bill’s implementing norms should have representatives from major religious traditions to ensure that the rights of people of various faiths would be protected.

The above proposals are intended to generate constructive and respectful dialogue leading to concrete actions that would correct the RH Bill. It is hoped that the parties involved in the RH debate would move away from hard-line positions and consider negotiations as a more positive step towards working for the good of all Filipinos, with special consideration for the unborn, the youth, women and families in difficult circumstances.

Finally, we can turn to the following Christian maxim as our guide in our search for answers and solutions regarding the RH Bill: “In essentials, unity; in non-essentials, liberty; and in all things, charity.” For things pertaining to protecting human life and dignity, we need to come to a consensus for the common good; for things that can be left to individual decisions without violating human life and dignity, we need to respect freedom of conscience of every Filipino both Catholics and non-Catholics; in all our discussions, we need to speak and act with charity and understanding as members of the same human family and community.

EMBRACING THE CULTURE OF LIFE

tnx for posting.. a great help for our debate.. tjank you so much

The ultimate guide to use of contraception is an individual’s conscience. A woman who believes (in her conscience ) she can no longer take care of more children, has the right and the duty to use contraception. It is a far greater sin to have children you cannot care for properly. Conscience is a person’s sole relationship with God and no one, not even the Church, can trespass.

by classifying contraceptives as essential medicine, pregnancy is deemed as a disease. there is something wrong with this mindset.

I guess there are more disadvantages of RH Bill; than advantages. The proposals are also good and I agree with that STAND. Thanks for this god information. This is helpful for our dbate. ^^]

“I do not deem it excellent to play semantic gymnastics in a profession … It is equally troublesome to me that, with no scientific evidence to validate the change, the definition of conception as the successful spermatic penetration of an ovum was redefined as the implantation of a fertilized ovum. It appears to me that the only reason for this was the dilemma produced by the possibility that the intrauterine contraceptive device might function as an abortifacient” (6,7).”

In other words because of political correctness and maybe the pharmacologic lobby!

While the talking points may be productive, the recommendation to tackle the definition of conception is a pandora’s box. whereas it was common knowledge that conception and fertilization were synonymous, it seems that based on the Jesuit recommendation, it now needs discussing. I find that strange because if the US which already legalizes abortion cannot settle its legal definition how can we?

This is very good information on a very current issue. Thanks for posting.