THE DEVIL IS REAL AND WE MUST FIGHT HIM 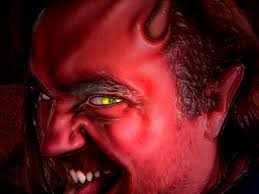 Vatican City, Oct 30, 2014 / 08:53 am (CNA/EWTN News).- In his homily on Thursday, October 30, Pope Francis said that the devil is more than an idea, and in order to fight him, we must follow St. Paul’s instructions and put on the armor of God which protects us.

“In this generation, like so many others, people have been led to believe that the devil is a myth, a figure, an idea, the idea of evil. But the devil exists and we must fight against him,” the Pope told those present in the Vatican’s Saint Martha house for his Oct. 30 daily Mass.

He turned to St. Paul’s Letter to the Ephesians, from which the day’s first reading was taken and in which the apostle warns against the temptations of the devil, telling Christians to clothe themselves with the armor of God so they can resist.

Pope Francis said that a Christian life requires both strength and courage, and needs to be defended because it is a constant battle with the devil, who tempts with worldly attractions, the passions and our flesh.

“From whom do I have to defend myself? What must I do?” he asked, saying that St. Paul tells us to “put on God’s full armor, meaning that God acts as a defense, helping us to resist Satan’s temptations. Is this clear?”

No spiritual or Christian life is possible without the need to resist temptation, the Roman Pontiff observed, explaining how our battle is not with small, trivial things, but rather with the principalities and ruling forces of this world, which are rooted in the devil and his followers.

The Bishop of Rome pointed out how there are many in the current generation who no longer believe in the devil, but rather think of him as “a myth, a figure, an idea, the idea of evil.”

However the devil does exist and we must constantly be on guard, he said, noting how “Paul tells us this, it’s not me saying it! The Word of God is telling us this. But we’re not all convinced of this.” 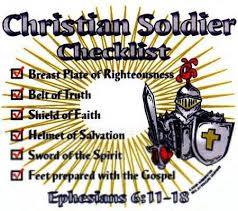 Pope Francis then recounted St. Paul’s description of the armor of God, of which the apostle says there are different types.

The apostle also urges the Ephesians to stand firm with the truth as “a belt around your waist,” the Pope observed, saying that the devil is a liar, and that in order to defeat him we always fight with the truth and with faith in God.

Like Saint Paul says, our faith in God is a shield to defend ourselves against Satan, who “doesn’t throw flowers at us (but) burning arrows” intended to kill, the pontiff explained.

“Life is a military endeavor. Christian life is a battle, a beautiful battle, because when God emerges victorious in every step of our life, this gives us joy, a great happiness,” the Pope continued, saying that our joy lies in the fact that it is the Lord who is the victor within us, giving us the free gift of salvation.

However, Pope Francis also cautioned that “we’re all a bit lazy, aren’t we, in this battle and we allow ourselves to get carried away by our passions, by various temptations.”

This is because each one of us is a sinner, he said, telling those present to not be discouraged, but rather to have courage and take strength in the knowledge that the Lord is with us.

ALL SAINTS, ALL SOULS: A TIME OF MERCY, FORGIVENESS AND REFLECTION – 1