THE GLASS: ARE YOU LOOKING AT OR LOOKING THROUGH? 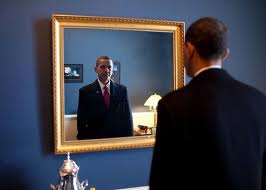 A man once became rich and his lifestyle changed.

Previously, he gave charity, cared for others and helped them as much as he could. Now he had become hard-hearted and miserable.

He cared only for himself and never had time for others.

One day, he was visited by his wise old professor who had taught him in college about acts of kindness.

The rich man showed off his beautiful home and boasted to the professor about his wealth.

Perceiving the change in his former student, the professor called him to the window.

Pointing to the outside, he asked, “What do you see?”

“I see poor people passing to and fro trying to earn a living,” he
replied.

Walking over to a large mirror the professor told his rich student to look in.

“I don’t understand,” said the professor. “Both the window and the mirror are made of glass.

“The reason is simple!” said the rich man. “The mirror has a silver coating which prevents you from seeing through.

However, the window has no silver coating, so you can see through”

“Interesting,” the professor said, “Both the window and the mirror have glass.

But the glass of the mirror is covered with a little bit of silver. And no sooner is the silver added than you cease to see others, and you see only yourself.”

Maybe you’d be better off without the silver!”

Sometimes our troubles begin when a bit of silver was added into our lives, and we start looking at and stop looking through.

EVANGELISM: A CALL TO RENEWAL

THE EUCHARIST IS MUCH MORE THAN A CELEBRATION