BE HONEST EVEN IF NO ONE IS LOOKING

“Be Honest even if no one is looking”

By Danny Silbor, BCBP Makati
This is the edited version of Danny’s original column. -Editor

Let it be said that by not writing this piece, I become part of the problem. 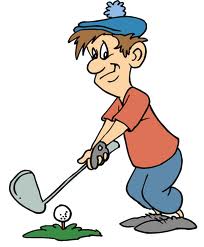 A Golf Digest article in 2012 says “Next to being a great player, the other way a golfer can be remembered forever is as a cheater.”

We get all sorts of chaps who join our game. And coming off from an article of ambiguity, this piece had seemed begging to be written. Whilst we can choose who we play golf with, we have no idea how their personalities will be manifested on that current game, on that very day. Perhaps at hole no. 17 he was too tired and will surreptitiously move his ball to hit it better. Or because he was forced to bet by his mates, he does the same thing, to lessen his losses in case he is not winning. Or perhaps it is in his nature to always attempt to see if he can get away with cheating his golf buddies by brandishing vague rules he pretends to know about.

To this day, we unavoidably end up playing with less than honest and really rude individuals who continually commit minor infractions, some negligent, some deliberate, some obvious, some hidden. The symptoms include:

1. failing to respond to his name or pretending not to hear you at times. (when you call his attention because he tries to hit his ball first even there is someone still behind him);
2. appearing unaware of another’s presence (he guns his cart engine as you make a swing);
3. acting like he is playing alone or in his own world. (he plays are a very slow game even if there are three others in his flight) (maysarilingmondo).

There are many ways of cheating your golfing buddy. These include cheap distraction antics which are rude and disrespectful acts towards your golfing friend, so he will have higher scores than yours. You take a swing and at the same time, the nature of your buddy’s personality tells him to take a cheap shot so he guns his golf cart engine to distract your swing. On another hole, whilst you are putting, you see a foot from behind between your own feet. That foot belongs to the flight-mate of yours trying to demonstrate a spot on the green to his caddie, whilst you are putting. His innate psychology feels victory, not regret. He totally pretends he does not notice you putting. They know the rules and still violate them or pretend to be ignorant about them. As they say, it’s hard to teach someone pretending to be stupid. 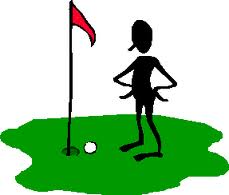 Let’s say it’s BCLP talk night on a Wednesday. The talk is Speech and Wrongdoing. You and the other guys in your flight were listeners. And you realize that the guy making all these mistakes was the speaker. You all are now cursing your bad shots. The speaker is distracting the other guy’s putt. The listener allows his caddie to shave his scores. Both have forgotten so soon about the talk. Why? Because no “court official” is looking. There are no refs in golf to call violations.

So what do you do if you see a guy commit minor infractions, anywhere from minor to obscene? You can just all go on playing and pretend you did not see anything. Both might tolerate the minor infractions “because anyways, he is a brother”. To keep the peace, we tell ourselves. Still wrong.

Golf is a cheaters’ paradise. There are no referees to charge the players penalties for cheating. Perhaps at this point, let us consider modifying the BCBP motto as follows: “Be Honest even when no one is looking.” And, as well, tricky golfers can easily brandish the rules they know little about, gambling on the fact that their buddies to whom they are citing these rules also know little of the rules as well. You can identify individuals who habitually test others all the time to see if they can get away with cheating on rules, (tinitingnan kung kaya kanglokohin) such as recalling a shot just because a bird flew whilst he was swinging.

In an article called “Driven to Cheat: A Study on the Drivers of Dishonesty—through the Game of Golf”, it says “in golf, you may actually be alone during your entire round, with no one nearby to hold you accountable to the rules. Golf can be solitary yet competitive.”

A further distinction between golf and other individual sports is the number of opportunities in which a golfer has to cheat. For instance, in tennis, the individual can be monitored closely by line judges and held accountable by a competitor several yards away. . . the proximity to one’s competitor minimizes chances to cheat. 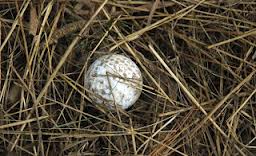 In golf, on the other hand, the distance between competitors at one point in time could exceed hundreds of yards, with sightlines obscured by trees and hills. Even though there are officials in all groups at the PGA level, those officials will remain a certain distance away from the player so as not to disrupt his concentration nor his line of sight. As a result, the decision to follow the rules is made by the individual golfer.

The golfer will continue to cheat even if he is in the company of BCBP members because he is tolerated, and tolerated repeatedly by the members. The rude or dishonest act is never confrontationally called immediately after infraction. And this can reach the point wherein this golfer will not be even aware that people are avoiding him. And in fact it is probable that this guy will seek the frequent company of golf brothers as they are very “tolerant”.

By doing so, the one who tolerates dishonesty becomes part of problem. These dishonest chaps exist in their own world and will cheat even if the eyes of their flight mates are on him. And this is contagious.

This bad golfer may even be reading this and lie to himself by denying that this article applies to him. The culture of dishonesty when deeply rooted cannot be solved easily. The dishonest individual has to undergo a personal attitude change. And his golf buddies are not his psychotherapists who have the skills and responsibility to change him.

What can one do? Here is one way, from recent Golf Magazine news flash. Jason Millard, in a US Open 2014 qualifier, grounded his club in the bunker, and ONLY HE KNEW ABOUT IT, no one else saw it. He says, “I’m pretty sure I grounded my club in the bunker,” Millard said. “I didn’t see anything for sure, but I felt something and I saw a small indentation. It happened so fast, I really don’t know 100 percent, but deep down, I believe I did. I couldn’t find peace about it. For five days, I practiced and I couldn’t get it off my mind. It’s heart-breaking, but what I was feeling in my heart didn’t feel right. It’s the right decision and I am sticking with it.” He imposed a penalty on himself and did not qualify for the US Open weekend.

BCBP mandates all to “Be Honest even if others will not”. Perhaps BCBP golfers should set the example. “Be honest even when no one is looking.” If we don’t call attention to errors then and there, we as witnesses to the act become part of problem. By not writing this piece, I become part of the problem.

If you think that when you cheat, you can tell yourself, God is too far away from the course to do anything … and it is ok to cheat your tolerant golfing brothers, yet again. . . Think again. And really THINK again!

10 GREAT PRAYERS FROM THE PSALMS

PIETY IS NOT PITY

Real attitude of a person can be seen in a golfer.
Attitude, honesty, perseverance, patience, hot tempered and all the bad things and words comes out in a golfer mouth. GOLF is a gentlemans game and cheating the most common sickness in golf and i just don’t know why. See, in golf the opponent is you. You are making the shots and you are making your score and why cheat? BE HONEST and nothing is wrong with that.

Hi Bro Bong,Mr Chairman It looks like we share the same birthday which is today. God bless you

I learned and trained to play golf at 10 years old…at 16, the combo (our high school band) and parties took priority…after college, back to golf as part of socializing in meeting and knowing the right people…it was an OFF and ON situation…joining the BCBP, now on my 23rd year…I stopped. WHY?…..I would hate myself (call myself stupid..gago..buang) when I play bad.and most of the time, I do..I applied the BE HONEST advocacy to love and enjoy oneself !