THE HISTORY OF LENT 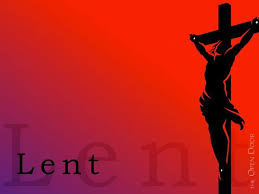 What are the origins of Lent? Did the Church always have this time before Easter?

Lent is a special time of prayer, penance, sacrifice and good works in preparation of the celebration of Easter. In the desire to renew the liturgical practices of the Church, The Constitution on the Sacred Liturgy of Vatican Council II stated, “The two elements which are especially characteristic of Lent — the recalling of baptism or the preparation for it, and penance — should be given greater emphasis in the liturgy and in liturgical catechesis. It is by means of them that the Church prepares the faithful for the celebration of Easter, while they hear God’s word more frequently and devote more time to prayer” (no. 109). The word Lent itself is derived from the Anglo-Saxon words lencten, meaning “Spring,” and lenctentid, which literally means not only “Springtide” but also was the word for “March,” the month in which the majority of Lent falls.

Since the earliest times of the Church, there is evidence of some kind of Lenten preparation for Easter. For instance, St. Irenaeus (d. 203) wrote to Pope St. Victor I, commenting on the celebration of Easter and the differences between practices in the East and the West: “The dispute is not only about the day, but also about the actual character of the fast. Some think that they ought to fast for one day, some for two, others for still more; some make their ‘day’ last 40 hours on end. Such variation in the observance did not originate in our own day, but very much earlier, in the time of our forefathers” (Eusebius, History of the Church, V, 24). When Rufinus translated this passage from Greek into Latin, the punctuation made between “40” and “hours” made the meaning to appear to be “40 days, twenty-four hours a day.” The importance of the passage, nevertheless, remains that since the time of “our forefathers” — always an expression for the apostles — a 40-day period of Lenten preparation existed. However, the actual practices and duration of Lent were still not homogenous throughout the Church.

Lent becomes more regularized after the legalization of Christianity in A.D. 313. The Council of Nicea (325), in its disciplinary canons, noted that two provincial synods should be held each year, “one before the 40 days of Lent.” St. Athanasius (d. 373) in this “Festal Letters” implored his congregation to make a 40-day fast prior to the more intense fasting of Holy Week. St. Cyril of Jerusalem (d. 386) in his Catechectical Lectures, which are the paradigm for our current RCIA programs, had 18 pre-baptismal instructions given to the catechumens during Lent. St. Cyril of Alexandria (d. 444) in his series of “Festal Letters” also noted the practices and duration of Lent, emphasizing the 40-day period of fasting. Finally, Pope St. Leo (d. 461) preached that the faithful must “fulfill with their fasts the Apostolic institution of the 40 days,” again noting the apostolic origins of Lent. One can safely conclude that by the end of the fourth century, the 40-day period of Easter preparation known as Lent existed, and that prayer and fasting constituted its primary spiritual exercises. 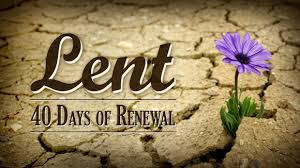 Of course, the number “40” has always had special spiritual significance regarding preparation. On Mount Sinai, preparing to receive the Ten Commandments, “Moses stayed there with the Lord for 40 days and 40 nights, without eating any food or drinking any water” (Ex 34:28). Elijah walked “40 days and 40 nights” to the mountain of the Lord, Mount Horeb (another name for Sinai) (I Kgs 19:8). Most importantly, Jesus fasted and prayed for “40 days and 40 nights” in the desert before He began His public ministry (Mt 4:2).

Once the 40 days of Lent were established, the next development concerned how much fasting was to be done. In Jerusalem, for instance, people fasted for 40 days, Monday through Friday, but not on Saturday or Sunday, thereby making Lent last for eight weeks. In Rome and in the West, people fasted for six weeks, Monday through Saturday, thereby making Lent last for six weeks. Eventually, the practice prevailed of fasting for six days a week over the course of six weeks, and Ash Wednesday was instituted to bring the number of fast days before Easter to 40. The rules of fasting varied. First, some areas of the Church abstained from all forms of meat and animal products, while others made exceptions for food like fish. For example, Pope St. Gregory (d. 604), writing to St. Augustine of Canterbury, issued the following rule: “We abstain from flesh, meat, and from all things that come from flesh, as milk, cheese and eggs.”

Second, the general rule was for a person to have one meal a day, in the evening or at 3 p.m.

These Lenten fasting rules also evolved. Eventually, a smaller repast was allowed during the day to keep up one’s strength from manual labor. Eating fish was allowed, and later eating meat was also allowed through the week except on Ash Wednesday and Friday. Dispensations were given for eating dairy products if a pious work was performed, and eventually this rule was relaxed totally. (However, the abstinence from even dairy products led to the practice of blessing Easter eggs and eating pancakes on Shrove Tuesday, the day before Ash Wednesday.)

Over the years, modifications have been made to the Lenten observances, making our practices not only simple but also easy. Ash Wednesday still marks the beginning of Lent, which lasts for 40 days, not including Sundays. The present fasting and abstinence laws are very simple: On Ash Wednesday and Good Friday, the faithful fast (having only one full meal a day and smaller snacks to keep up one’s strength) and abstain from meat; on the other Fridays of Lent, the faithful abstain from meat. People are still encouraged “to give up something” for Lent as a sacrifice. (An interesting note is that technically on Sundays and solemnities like St. Joseph’s Day (March 19) and the Annunciation (March 25), one is exempt and can partake of whatever has been offered up for Lent. 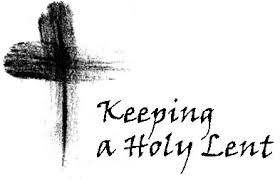 Nevertheless, I was always taught, “If you gave something up for the Lord, tough it out. Don’t act like a Pharisee looking for a loophole.” Moreover, an emphasis must be placed on performing spiritual works, like attending the Stations of the Cross, attending Mass, making a weekly holy hour before the Blessed Sacrament, taking time for personal prayer and spiritual reading and most especially making a good confession and receiving sacramental absolution. Although the practices may have evolved over the centuries, the focus remains the same: to repent of sin, to renew our faith and to prepare to celebrate joyfully the mysteries of our salvation.

Acknowledgement
Internet Source: CERC, Catholic Education Resource Center, www.catholiceducation.org
Saunders, Rev. William. “History of Lent.” Arlington Catholic Herald. Father William P. Saunders is pastor of Our Lady of Hope Parish in Potomac Falls and former dean of the Notre Dame Graduate School of Christendom College. Father has been writing his weekly “Straight Answers” column for the Arlington Catholic Herald since 1993. The above article is one of those “Straight Answers” columns. Father Saunders is the author of Straight Answers, Answers to 100 Questions about the Catholic Faith, a book based on 100 of his columns and published by Cathedral Press in Baltimore.

A SOCIETY THAT DOESN’T WANT CHILDREN IS ‘SAD AND GRAY,’ POPE SAYS