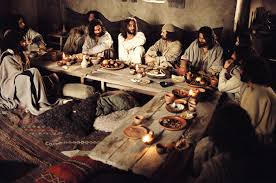 The so-called Last Discourse, based on John 14:23-29, is probably the longest collection of teachings and sayings from the Lord. It’s even lengthier than the famous Sermon on the Mount. Compared to the three chapters of the Sermon in Matthew, the Last Discourse spans four in the Gospel according to John. 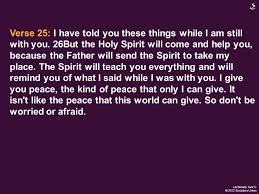 Today’s Gospel passage has only seven verses, but so much can be drawn from it. I am struck by the three promises that our Lord makes to his disciples–almost all in the same breath: the promise of the Holy Spirit, the promise of peace, and the promise of his return. Basically, our Lord tells his disciples that he will send them the Holy Spirit “to teach them everything and remind them of all that he has told them.” He assures them that he will give them peace though “not as the world gives.” And finally, he pledges to return to them, but first he will go to the Father.

The three promises are meant to be reassuring, but I do have a problem with the first–that is, about the Holy Spirit “teaching us everything.” Don’t get me wrong: It is consoling to know that the Spirit is always near and ready to guide us, but as many Christians and especially mystics know from experience, the language of the Spirit is not easy to understand. To put it bluntly, the Holy Spirit does not speak plainly.

Years ago, when I was first discerning whether or not I had a religious vocation, I had great difficulty figuring out what the Lord wanted from me. It was breakthrough enough for me to change my question from the usual “What do I want to do with my life?” to “What does God want me to do with my life?” Finding the answer to that second question, however, proved to be so much tougher.

How many voices did I hear both inside and outside me, each offering me a different answer? How often did I question my own discernment, wondering if I had just been really talking to myself? And finally, how many times did I–in exasperation and desperation–just pray that the Lord would appear to me in a vision? “Just tell me already!” I wanted to tell the Lord. 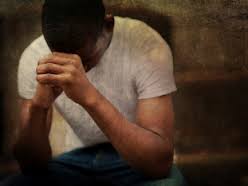 But as it turned out, that simply isn’t God’s way. That is not the way the Spirit teaches us. The Spirit prefers to show–and not just tell. One of my favorite spirituality writers, Frederick Buechner, compares the way the Spirit speaks to us to a language with no vowels. So why remain mysterious? Is the Lord just playing coy? Does he just want to be poetic–or difficult?

I suspect there are two reasons why the Spirit prefers to show rather than tell. The first has to do with what the Spirit teaches us. If it’s just ideas or concepts, telling would not only be effective enough, but it would also be the most efficient way to do it. The trouble though is that religious truths aren’t just about ideas and logic; emotions and values are just as important and sometimes even more crucial because religion involves not just knowledge, but our very lives. When I was discerning whether or not I should enter the seminary, it wasn’t just a question of whether I had the qualifications or even the interest to become a priest. It was more about whether I was truly willing to commit my life to such a ministry. And such life-altering decisions require much, much more than ideas and logic.

The other reason why I suspect the Spirit doesn’t speak plainly has to do with how the Spirit wants to teach us. God doesn’t want us to learn only by sitting through a lecture. You’ve heard what they say about lectures being the fastest way the teachers’ notes are transformed into students’ notes–without passing through each of their heads! That’s surely not the way God wants us to learn about Him and about our lives!

Looking back now to those years of searching, the very process of my discernment has shaped me as a person as much as its outcome. My decision to enter the seminary has changed my life, but the entire decision-making process has certainly turned me into the person that I am today.

These reflections can give us pause as a number of us are discerning our decisions for the coming elections. Don’t you just wish God were more obvious about His preferences? My take is, if you’re asking the right question, that would be breakthrough enough–and the right question isn’t just “Who should I vote for?” or “Who do I want to vote for–for whatever reasons?” Rather it is: “Who would God want me to vote for?”

I found a lovely poem in the most unexpected place–a Stephen King novel that has been turned into an HBO mini-series. For me, the untitled poem, presumably by my all-time favorite horror fiction author, captures in broad strokes what and how the Holy Spirit teaches us in this life of ours: We find ourselves thrown into this world, where there are shadows, but also light Allowing the Spirit “to teach us everything” means always choosing to face the light and trusting that even if we fumble–and in fact, actually precisely because we fumble–we will be guided by the Spirit into the promised light, peace, joy.

We did not ask for this room or this music. 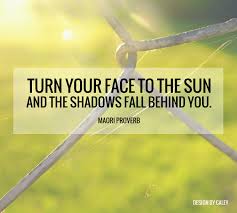 We were invited in.
Therefore, because the dark surrounds us,
let us turn our faces to the light.
Let us endure hardship
to be grateful for plenty.
We have been given pain
to be astounded by joy.
We have been given life
to deny death.
We did not ask for this room or this music.
But because we are here,
let us dance.