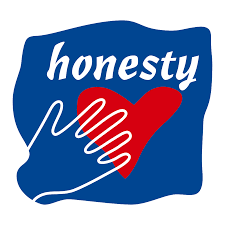 In societies apparently ruled by profit, competition, greed and the often uncontrolled power of the rich and mighty, one is tempted to ask: Is honesty a dying virtue? Fortunately, the world is not drawn in black and white, and there are still many people who are truly honest. A quality that really makes the difference, both individually and socially.

“Be honest. Even if others are not, even if others will not, even if others cannot.” That seems to be the credo of the Brotherhood of the Christian Businessmen and Professionals. As its current president, Bobby Lavina, urges, “We must live good and honest lives. Be the change we wish to happen. Be honest in all times and in all circumstances.”

There are several ways of defining honesty. The dictionary itself has several meaning for the word: refraining from lying, cheating, or stealing; being truthful, trustworthy, or upright; showing fairness and sincerity; or free from deceit. If you describe someone having an honest living, it means that he gained or earned by fair methods his income, not by cheating, lying, or stealing.

Is honesty among Filipinos already a dying virtue these days? If you answer affirmatively, I will beg to disagree. Remember that airport employee who was commended for returning a lost shoulder bag containing cash and valuables left behind in a baggage conveyor at the arrival area of the Ninoy Aquino International Airport?

In Taguig City, the mayor extolled two city hall employees for turning over the P 40,000 cash which a businessman accidentally dropped. In Manila, a 41-year old city hall timekeeper suffering from polio returned P 60,000 worth of cash and checks and vital documents to a company messenger.

In San Pablo City, driver-owner Faustino Cardoza earned praises from people for returning the P 10-million cash left in his van by a German national. In Zamboanga City, a policeman got a one-rank promotion after he found and returned a bag, containing almost half a million pesos to a retired Philippine Army soldier at the airport.

Even in other parts of the world, some Filipinos still have the decency of being honest. If you can recall, the Senate honored cab driver Nestor Sulpico for exemplifying honesty and uplifting the image of Filipinos abroad by returning US$ 70,000 worth of jewelry to its owner after it was left in his cab in New York City.

Nothing But the Truth

In the Book of Wisdom, according to American President Thomas Jefferson, “honesty is the first chapter.” But being honest is not just returning money and lost valuables. It’s more than than. It also means not cheating.

Dr. Madison Sarratt taught mathematics at Vanderbilt University for many years. Before giving a test he would admonish his class something like this: ‘Today, I am giving two examinations – one in trigonometry and the other in honesty. I hope you will pass them both. If you must fail, fail trigonometry. There are many people in the world who can’t pass trigonometry, but there is no one who can’t pass the examination in honesty.”

Honesty also means telling the truth, and nothing but the truth. And the person who tells the truth is ready to face the consequence. “To be willing to march into hell for a heavenly cause,” so goes a line of a popular song. Or as Louisa May Alcott puts it: “Let my name stand among those who are willing to bear ridicule and reproach for truth’s sake, and so earn some right to rejoice when the victory is won.”

Pulitzer prize-winning novelist Pearl S. Buck urges, “The truth is always exciting. Speak it then. Life is dull without it.”

But more often than not, people would listen to more fiction than truth. A famous clergyman was preaching one Sunday and noticed that many of his audience were drowsing. Suddenly, he paused, and then in a very loud voice, related an incident that had no connection whatsoever with his sermon.

The incident went like this: “I was once riding a small village and came to the house of a farmer. I stopped for a bit when I saw something stranger than what I had ever seen in my life. There was a sow with a litter of ten little pigs. The sow and the piglets had a long curved horn growing out their forehead between the ears.”

At this point, the clergyman stopped and ran his eyes over the congregation. Everybody was wide awake. So, he remarked, “How strange it all is! Few minutes ago, when I was telling you the truth from the Bible, you all went to sleep. But now when you have heard a whooping lie, you are all wide awake!”

Now, going back to honesty. Who doesn’t want awards and recognitions? I have received many and I think I deserved to get those honors. Mark Twain once reminded me: “It is better to deserve honors and not have them than to have them and not deserve them.”

In the mid-1980’s, researchers at Cleveland State University made a startling discovery. They conducted an experiment by creating two fictitious job candidates, David and John.

The candidates had identical resumes and letters of reference. The only difference was that john’s letter included this sentence: “Sometimes, John can be difficult to get along with.” They showed the resumes to a number of personnel directors.

Which candidate did the personnel directors overwhelmingly prefer? No, it’s not David but John. The researchers concluded that criticism of John made praise of John more believable. Admitting John’s wart actually helped him sell John. Admitting flaws gives a person more credibility.

Now, I know a lot people who, when on the brink of dying, will be honest to admit their sins and tell the truth. After all, “with death,” said British Salman Rushdie, author of The Satanic Verses, “comes honesty.”

WHAT REALLY IS “A WOMAN’S PLACE”?

I admired these thoughts on honesty Sis Dette. Let’s continually pray in the BCBP community for the Holy Spirit’s guidance for this virtue to be revived. There’s still hope.