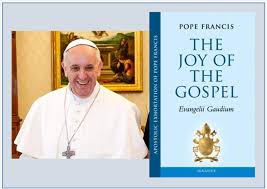 I dream of a “missionary option”, that is, a missionary impulse capable of transforming everything, so that the Church’s customs, ways of doing things, times and schedules, language and structures can be suitably channeled for the evangelization of today’s world rather than for her self-preservation . . . to make them more mission-oriented, to make ordinary pastoral activity on every level more inclusive and open, to inspire in pastoral workers a constant desire to go forth and in this way to elicit a positive response from all those whom Jesus summons to friendship with himself.
— Pope Francis, Evangelii Gaudium

Now we’re talking. In his first encyclical, Evangelii Gaudium (The Joy of the Gospel), Pope Francis has set out in no uncertain terms the kind of religion he wants the Catholic Church to become. Or, to be exact, to become again. In this three-part article, we highlight key messages in the back-to-basics “Apostolic Exhortation.”

And especially for those feeling excluded from God’s goodness and love for lack of devotion, morality and even Christian belief, the Holy Father opens his arms and the Church’s doors, and invites all to join him, a fellow sinner, in the bosom of God’s mercy.

So what kind of Catholicism does Francis want? In a word, missionary. As it was in the beginning when Jesus Christ told his followers to “make disciples of all nations.” Catholics must not be content in our own religiosity while shrugging at unbelievers around us. Instead, we must share it with those who have little or none of it. 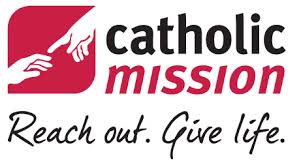 And with that paramount goal, Francis wants the 2,000-year-old institution to renew its structures and “make them more mission-oriented.”

“Pastoral ministry in a missionary key seeks to abandon the complacent attitude that says: ‘We have always done it this way’. I invite everyone to be bold and creative in this task of rethinking the goals, structures, style and methods of evangelization in their respective communities.”

In sum, Christianity must change to attract more of humankind to Christ.

Get close to the people

The most important change, Francis stresses, is to get close to the people. Not just to the materially poor, but those lacking in spiritual and moral wealth.

“If the whole Church takes up this missionary impulse, … to whom should she go first? When we read the Gospel we find a clear indication: not so much our friends and wealthy neighbours, but above all the poor and the sick, those who are usually despised and overlooked, ‘those who cannot repay you’ (Lk 14:14). … Today and always, ‘the poor are the privileged recipients of the Gospel’ .”

In this mission, Christians must follow the example of Christ, leaving his heavenly home and living with his earthly creatures. We must get close to others, especially those whose state in life, materially and spiritually, is far from ours.

“An evangelizing community gets involved by word and deed in people’s daily lives; it bridges distances, it is willing to abase itself if necessary, and it embraces human life, touching the suffering flesh of Christ in others. Evangelizers thus take on the ‘smell of the sheep’ and the sheep are willing to hear their voice.”

For this reorientation of the Church, Francis cites the three levels or foci of pastoral activity highlighted in the 2012 Synod of Bishops in Rome.

First, the ordinary pastoral ministry in parishes should include not just the devout, but “members of the faithful who preserve a deep and sincere faith, expressing it in different ways, but seldom taking part in worship” (translation: missing mass). Second, reach out to “the baptized whose lives do not reflect the demands of Baptism” and are not living the faith. And third, non-Christians: “preaching the Gospel to those who do not know Jesus Christ or who have always rejected him.”

Francis’s message is clear: Catholics must bring into the light and warmth of God’s love the sinners and unbelievers whom they long disdained.

In this evangelizing Church, the encyclical admonishes the hierarchy not to always rule.

“The bishop … will sometimes go before his people, pointing the way and keeping their hope vibrant. At other times, he will simply be in their midst with his unassuming and merciful presence. At yet other times, he will have to walk after them, helping those who lag behind and—above all—allowing the flock to strike out on new paths.”

That applies to Francis himself. He must be open to the views and promptings of others, rather than always exercising authority above all.

“It is my duty, as the Bishop of Rome, to be open to suggestions which can help make the exercise of my ministry more faithful to the meaning which Jesus Christ wished to give it and to the present needs of evangelization . . . The papacy and the central structures of the universal Church also need to hear the call to pastoral conversion.”

Above all, love and mercy

In preaching the Gospel, Francis urges people, above all else, to convey Christ’s message through love. Being vehicles of God’s love to others is the best way to convey His saving Word. 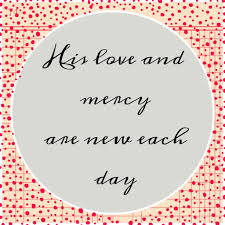 “What counts above all else is ‘faith working through love’ (Gal 5:6). Works of love directed to one’s neighbour are the most perfect external manifestation of the interior grace of the Spirit: ‘The foundation of the New Law is in the grace of the Holy Spirit, who is manifested in the faith which works through love’.”

That love should make sinners feel God’s unbounded mercy, and not fear castigation from the Father who embraces his prodigal children and constantly forgives, encourages and strengthens them, despite repeated sin amid human encumbrances.
“. . . without detracting from the evangelical ideal, [priests] need to accompany with mercy and patience the eventual stages of personal growth as these progressively occur. I want to remind priests that the confessional must not be a torture chamber but rather an encounter with the Lord’s mercy which spurs us on to do our best.”

In sum, the Church must show the world, most of all, the all-embracing, all-forgiving, all-uplifting love of God, especially in our daily lives communing with and serving others, especially those long excluded from the faith. That is the true joy of the Gospel.

(The second and third parts on preaching the Gospel in today’s world and the social dimension of evangelization will be published on Monday and Wednesday.)

RELUCTANCE, FEAR, WEAKNESS: WHY ME, LORD?

THE MISSIONARY CHURCH AND THE KILLER ECONOMY – Part 2