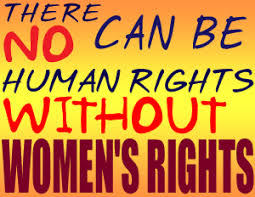 There have been many feminist movements throughout the years with those movements aimed at defining, establishing, and defending equal political, economic, social rights and opportunities for women. Feminism is mainly focused on women’s issues, women’s gender equality and roles in the home and in the marketplace. Most feminists are actively opposed to domestic violence, sexual harassment, and sexual assault.

Pope John Paul II in his encyclical, Evangelium Vitae, EV, “The Gospel of Life”, points out that women have a very important role in promoting the “culture of life”. “In transforming culture so that it supports life, women occupy a place, in thought and action, which is unique and decisive. It depends on them to promote a “new feminism” which rejects the temptation of imitating models of “male domination”, in order to acknowledge and affirm the true genius of women in every aspect of the life of society, and overcome all discrimination, violence and exploitation.” (#99)

Even Jesus throughout his life and ministry savored a very special caring relationship with women. He defied societal restrictions as He talked with women, both privately and in public. No woman who encountered Jesus came away untouched by His holiness, forgiveness and caring love. The women who followed Him remained faithful to him even to the cross and the tomb when everyone else had abandoned Him. Jesus’ mission was announced by women: by Anna the prophetess who speaks of Him who was born, by the Samaritan woman who announced Him to the Samaritan people, by Mary of Magdala whom Jesus sent to the apostles to announce his resurrection. It was Mary, his mother, who announced his first miracle at the wedding at Cana.

Feminist movements, especially the Third Wave feminist movement, since the 1990’s focus more on encouraging personal empowerment and action. Although women of recent years do not reject political activism, the emphasis is more on using one’s personal abilities as a starting point for change, both personal and societal transformation. They are concerned with their own life journey, how to make the most of it, and are exploring areas of culture, the marketplace, role identity, and adventure that had never before been open to women.

What bearing does this have to us Catholic women in the BCBP? Let us review some of the points brought out in a previous ‘Ladies Forum’ article: The Ministry of Womanhood, Parts I and II.

“She thirsts after and pursues spiritual growth, is teachable and willing to learn what God wants to teach her. Her heart is committed to prayer and rooted in God’s Word because she understands the importance of spiritual gardening, that one’s life will only bear good fruit if one’s root system is strong and healthy.

“This woman has a heart not only for God but also for His people; hers is a heart that cares, that loves, that forgives, that shares. Like Mama Mary, she is present when needed, she serves with a smile and a helping hand, she encourages others with her generosity of soul. She values herself as a woman and goes out of her way to be in right relationships with others. 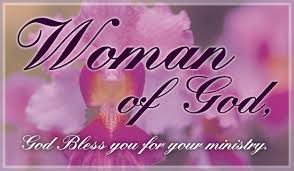 “This Ministry of Womanhood is expressed in our everyday lives in everything we are and in everything we do. Each one of us lives out our ministry in different ways: being a wife and mother, in having a career or profession, through our hospitality and our stewardship, in community, in service and mission activities, by our joy and contentment in the roles God has blessed us with.”

This is the essence of Christian Catholic Feminism – being a woman after God’s own heart. We do not need to be equal to or to imitate man, because God made us uniquely woman, blessing us with the responsibility of enabling another human being to grow inside her and to be nourished with her love. Pope John Paul II in EV credits us women with “true genius … [to be able to contribute] in every aspect of the life of society…”

Is this kind of feminism “new”? No, I don’t think so. It has actually been around since the time of Jesus Christ. But over the ages Jesus’ teachings and attitudes on women have been distorted, restated to suit worldly ambitions, and changing societal and cultural norms. We need to return to the beginning of “new feminism”, to Jesus Christ and the women of the Bible, to learn from them what it really means to be a woman after God’s own heart. –Nancy R. Catan, BCBP Manila

TITHING TODAY: SHOULD WE OR SHOULDN’T WE?