THE ‘POISON’ OF JEALOUSY DESTROYS COMMUNITIES

In his January 23, 2014, homily Pope Francis warned against the dangers of envy, explaining that it is a sin which fosters bitterness against our brothers, stifles our joy and inhibits us from truly praising God. 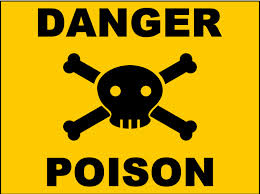 When someone in a Christian community suffers from jealousy, the community “ends up divided: one against the other,” the Pope explained, emphasizing that “this is a strong poison – a poison that we find on the first page of the Bible in Cain.” The Pope centered his homily on the day’s first reading, taken from the First Book of Samuel in which King Saul seeks to kill David out of jealousy for his victory over Goliath.

After hearing the women praise David, Saul’s joy turns into sadness and jealousy, and “that great victory begins to undergo defeat in the heart of the King,” the Pope expressed. And “instead of praising God for this victory as did the women of Israel,” observed the Pope, Saul “prefers to withdraw into himself, feeling sorry for himself” and to “stew his feelings in the broth of bitterness.”

Just like the “worm of jealousy and envy” that seeped into the heart of Cain when he killed his brother Abel, the pontiff emphasized that “this is what jealousy does in our hearts. It is a destructive anxiety which cannot tolerate that a brother or sister has something that I have not.”

Highlighting how “jealousy and envy open the doors” to “all evil things,” Pope Francis noted that “they also divide the community.”

The Pope went on to describe that there are two “very clear” things present in the heart of someone who is affected by jealousy, the first of which is that “the envious person, the jealous person, is a bitter person who doesn’t know how to sing, how to praise, (or) know what joy is.” Looking at someone in this way, considering only what they have and what we don’t have, “leads to bitterness, a bitterness that spreads throughout the whole community,” the pontiff stated, referring to people with this mentality as “sowers of bitterness.”

A second approach which “brings jealousy and envy, are rumors,” revealed the Pope, emphasizing that when a person sees someone else who has something that they want, the solution is often to put the other person down” so that “I am a bit higher up.”

“Gossip” is a tool that is frequently used in this situation, observed the Pope, noting that behind every rumor, “there is jealousy and envy. Gossip divides the community, destroys the community. Rumors are the weapons of the devil.”

“How many beautiful Christian communities were getting along well” but were divided because one member allowed the “worm of jealousy and envy” to enter their heart, the pontiff lamented. With this jealousy comes “sadness, resentment and gossip,” he explained, highlighting that a person under the influence of envy “kills.”

Bringing his reflections to a close, Pope Francis asked for prayer for “our Christian communities so that this seed of jealousy will not be sown between us, so that envy will not take root in our heart” or “in the heart of our communities, so we can move forward with praise to the Lord, praising the Lord with joy.”

“It is a great grace, the grace of not falling into sadness, being resentful, jealous and envious.”

LESSEN YOUR CONCERNS WITH THE TROUBLE TREE

SOME BITS OF WISDOM GATHERED FROM LESSONS LEARNED IN LIFE