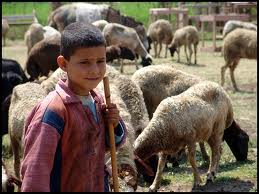 A little shepherd boy was watching his sheep one Sunday morning and he heard the bells of the church ringing. Watching the people walk along the pasture where he was, he happened to think to himself, “I would like to communicate with God! But, what can I say to God?”

He had never learned a prayer. So, on bended knee, he began to recite the alphabet. Repeating this prayer several times, a man passing by, heard the boy’s voice and peaked through the bushes. He saw the young boy kneeling with folded hands, eyes closed, repeating the alphabet.

He interrupted the boy. “What are you doing, my little one?” he asked. The boy replied, “I was praying sir.”

The man seemed surprised and said, “But why are you reciting the alphabet?”

The boy explained, “I don’t know any prayers, sir. But I want God to take care of me, and to help me care for my sheep. And so I thought, if I said all I knew, He could put the letters together into words, and He would know all that I want and should say!” 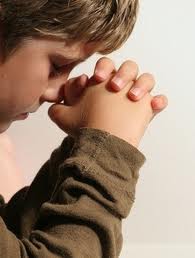 The man smiled and said, “Bless your heart, God will!” And he went on to church knowing full well that he had heard the finest sermon he could possibly hear that day.

Maybe if we thought like little children and let God put together the letters, what we should want, and what we should say, things would probably work out a lot better than we planned!

DO UNTO OTHERS … The Golden Rule