TITHING IS GIVING BACK TO THE LORD

“Just call it your pledge, not tithe, because tithe means 10% of your income which is difficult to comply. Besides the new testament does not require 10% but only whatever your heart is willing to give”.Thus says an elder in the community. 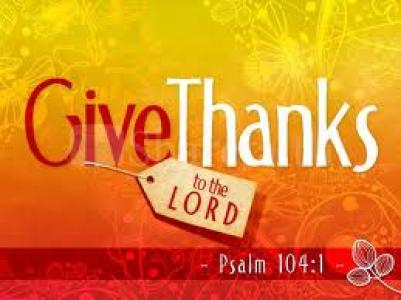 But more than the number represented by the word tithe, which is 10%, tithe in the bible carries with it a certain very important principle. It is an acknowledgement that everything that we have comes from God and that we need to return to Him a portion  of what he gives us as an expression of gratitude. Giving our tithe is an act of love. Giving a tip for instance, to a waiter is an expression of our satisfaction for a good service rendered. With the Lord, we express our deep gratitude for every blessing that He gives us, by returning to Him a portion of that blessing.

I remember in the early years of my BCBP life when a member said, “Who would be foolish enough to give ten percent.That’s a lot of money to give to an organization.” I am glad I was not carried away by such sentiment and instead continued to give my pledge even when times were rough because the Lord responded and helped us through difficult times.

Personally, my “tithe” consists of the income I receive from work as a public servant. My wife gives also her share because she is also earning separately but we give our tithe as one because  our “tithe” is treated as one “tithing unit” in the BCBP. However when an unexpected income comes, like a bonus for instance, we also take a portion of that extra income and give it as part of our “tithe”. In this sense, the amount of our monthly pledge is not fixed.

Early this month, I showed my wife the letter from our BCBP Treasurer acknowledging the total amount of pledge we gave for the year 2013. I thought she would complain of our being “over generous” but her face lit up and she thanked the Lord for the other 90% with which we were also able to share with others. Moreover, the increased blessing encouraged us to be more committed to the Lord in terms of service in the BCBP.

February is considered the Love Month. Let us show our love, not only to one another, but to God Almighty who is the most generous giver.

To God be the Glory.

HOW TO HAVE A FRUITFUL READING OF HOLY SCRIPTURE