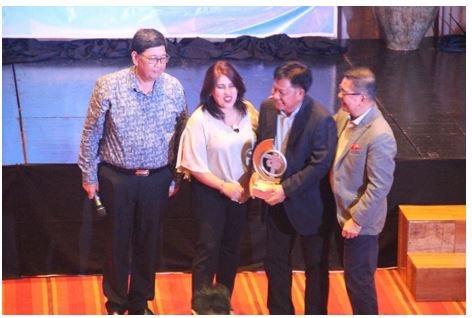 It was like a mini National Annual Convention (NAC) that the Brotherhood of Christian Businessmen and Professionals celebrated in Davao City on August 10-11, 2018.

Or perhaps it was a dry run for Davao East and West chapters to prepare for the 40th NAC that they are anticipating there in 2020 after the hosting of Bacolod next year.

The Silver Anniversary of BCBP Davao was, by God’s loving grace, a most memorable experience for the 385 or so BCBP members coming from various chapters in Mindanao (and one brother from Taguig), plus some of our national leaders from Manila who attended the fun-filled celebration at the Pinnacle Hotel.

No less than BCBP President Joffe Almoro and his wife May; Board of Trustees Chairman Tito Serafica and his wife Josie; past president Joey Abellana, National Service Coordinator for Programs and Services PV.Beley; Executive Director Serge dela Fuente; National Treasurer Cesar Altarejos, and a few other Mancom members attended, and enjoyed the Saturday night fellowship that lasted until way past 11 pm.

Bro. Pepot gave a long speech about BCBP CdO’s mission which he led as Mission Head 25 years ago in planting the seed of BCBP in Davao City, together with their mother chapter, BCBP Cebu. Then he presented a Bible as token to the first Outreach and Chapter Head of Davao, Bro. Tony Garcia.

The Bible was signed by all the members of the CdO delegation, including current Chapter Head Bert Acut.

The two-day celebration was planned well by both Davao East and Davao West chapters, and just in time before the Kadayawan season, when an abundance of fruits — including the durian — was just starting to flood Davao.

They all agreed on the theme of the Anniversary: “Growing Stronger, Getting Deeper, Soaring Higher.”

The Prayer Assembly at the Pinnacle Ballroom Friday evening was led by RCD Boy Elma as worship leader. Powerful presence of the Holy Spirit there, with music provided by BCBP Davao West. President Joff gave a short teaching after the worship.

The Saturday Grand Breakfast was filled to the rafters, and the 24 first timers included two city councilors.

Emcee Bro. Ronnie Go was in his inimitable element, inspired perhaps by the huge audience and first timers, and the three power sharers — BCBP President Bro. Joffe Almoro; Senior Leader Emmanuel “Bong” Pelaez from CdO East; and Bro. Rod Llacer, the Chapter Head of Malaybalay who was originally a member of BCBP One Davao Chapter.

If only for the Spirit-inspired moving testimonies of the three sharers, plus the uplifting worship assembly the previous night, the anniversary celebration was already a rousing success.

But there was more to come. 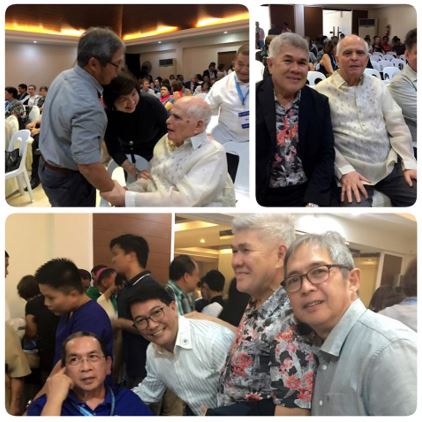 At exactly 5:00 pm that Saturday, all the members and guests gathered at the Garnet hall of the hotel for the celebration of the Holy Eucharist concelebrated by the Rev. Bishop George Rimando with Fr. Toto Espana, DD, and Fr. Jing Garcia, SVD, both members of BCBP Davao East.

A sumptuous dinner followed at the Grand Ballroom. At exactly 7 pm, the fellowship program started, with a community singing led by Bro. Matti Ponlawon, followed by the welcome address of Doc Rudy Lorena, our AMD.

Then BOT Chairman Tito Serafica delivered an inspiring message, ending it with a ceremonial toast. An audio-visual presentation aptly followed, which included short testimonies of the first batch of BCBP Davao’s members.

Out of the original 24 members of CLP 1 (some had already died, and others faded away), these “originals” were honored with beautiful songs rendered by Meg Virata and Thea Olmoguez, daughters of West Davao members, and presented with tokens of appreciation by Pres. Joffe Almoro, and tons of hugs and kisses from members. The other leaders of BCBP Davao were likewise honored by Pres. Joffe and Chairman Tito with tokens as well.

Then the real fun began.

Like any NAC, the success of BCBP Davao’s Silver Anniversary was punctuated by the presentation of special numbers. These came from the music ministry team of Davao East, the very lively BCBP Davao Youth, the Davao West dancers, and the Davao East dancers. Best of all, a free-for-all of dancers and singers took to the stage and the floor to swing and shake until the late hours of the evening. Everybody just had to add to the merriment and warm fellowship, perhaps in great thanksgiving to a loving God who has shown the BCBP so much favor.