Using time well in a networked world
While everyone may be getting a smartphone, not all are getting smarter.

Kevin de Souza, author of this article, wrote it way back on the 17th May 2012. Technology has come a long way since then, but his opinions give us much relevant food for thought to reflect on today. — Editor

I must have opened a Facebook account some time in 2005. Then, I had little idea of what Facebook was. The concept of social networking was still in gestation. Little did I know that we were on the brink of a revolution of technology and communication. 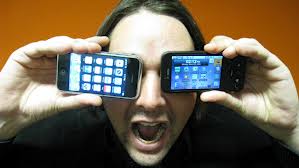 It’s a whole new ball game today. When Steve Jobs of Apple Computers presented the iPhone in 2007 he said: “Today, we’re introducing three revolutionary products. The first is a widescreen iPod with touch controls. The second is a revolutionary mobile phone. And the third is a breakthrough Internet communications device. Are you getting it? These are not three separate devices, this is one device, and we are calling it the iPhone.”

It’s true that this Apple gadget was innovative. Not long after, other companies followed suit in producing smartphones. With a proliferation of all kinds of brands offering the open source Android operating system, a high percentage of people have come to own a smartphone. It is no big deal to own a smartphone. It’s affordable. Everyone is getting one.

Driving without a license

While everyone may be getting a smartphone, not all are getting smarter. Some people have convinced themselves that they have to listen to music all the time. Others content themselves with downloading a limitless number of applications (that they probably won’t use, but since there’s space, it’s okay to download all sorts of junk). “WhatsApp” offers free texting over the Internet: this gives way to endless text messages bouncing from one person to another. Families sometimes don’t remember what family life is because everyone is too busy on their own phone looking into “urgent” affairs.

And then there’s the camera. For better or for worse we can observe unbridled behaviour of so many people clicking pictures of anything that catches their fancy. It’s a little sickening to see people click pictures with their mobile phones at the scenes of accidents, or upload photos onto Facebook of aborted foetuses. Discretion is steadily depleting.

This tidal wave of cellphone technology has swept us off our feet. People of all ages are finding themselves driving on new technological highways without having a license to drive. If the Internet was already addictive when we were surfing on our desktop at home or on our laptop at work, today we have the addiction in our pockets. We can spend a lot of time looking at our phones.

What is there to look at, that makes virtual life so much more interesting than real life? Well, if you’re on Facebook, you are connected to a network of people (whom you may know very well or not at all) who have been accepted by you as “friends”. You can read what they’re thinking, or doing, or saying. Sometimes they may refer to you or say something about you. Someone’s holiday to some faraway land can be narrated through all the pictures he uploads on Facebook. All of us are curious to see pictures. It’s very easy to spend hours just browsing through pictures on Facebook, commenting on them and “liking” them.

From a social angle, this kind of facility makes Facebook very attractive. It’s been extremely easy to keep in touch with some friends from my college years. Likewise, they have many-a-time enjoyed seeing the pictures I post from India. The only hindrance here is that if I give free reign to my curiosity, I will immerse myself in a virtual world of 579 “friends” and escape from the real world and real friendship.

For a long time Facebook has been “clean”. Recently I’ve had my doubts about it. Last week a “friend” posted something on my wall that said: “Find out how sexy you are … click the button below”. To click or not to click? That is the question. If you click on one of these applications, there are two outcomes. One, the application tells you your sexiness as a percentage (so what?). The second consequence is viral, i.e. that application is posted to all your “friends”. Even if one or two of them click on the application, the same will be diffused to all their “friends”. In other words, it’s not only you who waste time; you end up wasting many other people’s time when you click.

Recently Facebook has incorporated a feature that allows you to “subscribe to” people you have never seen before. The right hand column of my profile currently displays small icons of three or four scantily clad women, each in provocative positions. I’ve tried to shut this window. It appears that there is no way of doing it. If I click to close any of these options, another voluptuous woman pops up!

For or against technology

There’s a notion that technology is at the root of some of the problems mentioned above. It’s tantamount to people saying that fast food joints are the cause of putting on weight. With this erroneous logic, the solution is to shut down all fast food restaurants. Burgers and fries don’t make us fat unless we lack the self-control that it takes to say, “Enough!”

The Internet, Facebook and mobile phone technology are all very good in themselves. How we use them is what makes the difference. Parents should be concerned about how their children adapt to this fast paced world. They don’t have to know everything about technology but they should try to talk to their kids about their “friends” on Facebook and how they use the Internet in general. 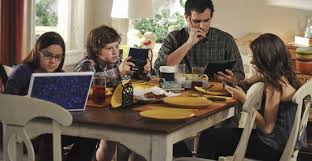 There’s no point in banning children from surfing the net or using Facebook on their phones. They need guidance on how to be mature and responsible. What we need more than anything today is to establish some form of “phone etiquette”, some kind of understanding about how to use technology.

And who are the pacesetters? Parents, adults, educators. Here’s some food for thought.

We need to re-define some “sanctuaries of silence” i.e. moments when we turn off our phone (or put them on silent mode). Meal times with the family. Get-togethers with families and friends.

We should think before picking up a call while we are conversing with someone in front of us. Don’t get worried about “missed calls”. They can be returned, if necessary. If we really need to pick up the phone, we should excuse ourselves and be brief on the call. We need to practice “technological fasting”. We should not be afraid to keep our phone in a drawer for some hours or for the entire day or week. It’s very resting. Many “urgent” matters get solved without us.

We shouldn’t go to Facebook as if we were looking for a needle in a haystack. We should have a purpose and define the amount of time we want to spend … and leave when time’s up!

If we do adopt this kind of phone etiquette, we will come to recall the value of silence. In his message for the 46th World Communications Day, Pope Benedict XVI says: “When messages and information are plentiful, silence becomes essential if we are to distinguish what is important from what is insignificant or secondary. (…) it is necessary to develop an appropriate environment, a kind of ‘eco-system’ that maintains a just equilibrium between silence, words, images and sounds.”

Every person — young and old — must know how to be silent in his own company to adequately face up to a new technological culture. We don’t have to lock it out. But we do have to learn how to control technology and master its use.

Kevin de Souza is a freelance writer working in the educational field in Mumbai.