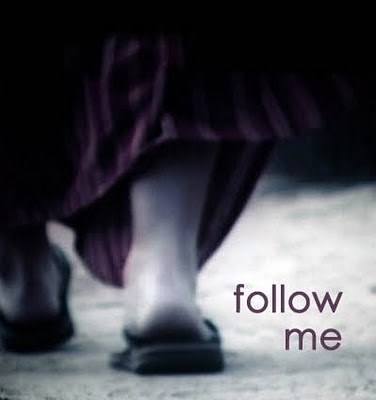 I was in a relaxing mood when a text from our PSD, remingding me of the deadline for submission of our column for our Kaigsuonan. Again, I have to pray for His guidance and He reminded me of one of the columns of the magazine Discovery Series which was entitled “What Does It Take to Follow Christ,” As I started reading, I promise myself to share some insights from the pamphlet. It was simply entitled “Solo or Symphony?”

“As the auditorium lights dimmed and the curtain began to rise, the concertgoers ended their conversations and turned their attention to the stage. The conductor strode to the podium and bowed in response to enthusiastic applause.

Then the conductor turned to face the orchestra. He raised his baton and began the concert with a dramatic gesture. What followed was one of the strangest concerts imaginable.

After the harmonous first minutes, only a few musicians continued to follow the conductor’s lead. The others seemed to play only when they felt like it, or they played a completely different tune. A violinist sauntered out in front and tried to perform a piece he had written himself. A trombonist broke into a jazz number. Chaos reigned. The audience sat for several minutes in stunned silence, then walked out in disbelief.

Fortunately, the situation described above is fictitious. Skilled musicians who agree to play in an orchestra simply do not behave that way. They sign on with the agreement that they will follow the conductor’s lead. They are part of a symphony, not soloist who just happened to be playing at the same time.

Unfortunately, we who have declared ourselves to be followers of Christ can behave as the members of that imaginary orchestra did. We may not like to think so, but we all have a tendency to want to direct our own lives. We tend to focus on self-survival and self-promotion, and we think we are wise enough and strong enought o take care of ourselves, Our goals tkae on greater importance abd urgency than God’s goals for us. And again, though we would be reluctant to admit it to anyone, we act as if God is supposed to help us get what we want out of life. This can happen even when we knew the truths expressed in the Bible.

Although we are thankful for what Christ did for us in the cross, and we gladly accepted His offer of forgiveness and eternal life, we may have gotten distracted. We may have forgotten that as a part of His “symphony” subjects of His kingdom and members in His church – we are to submit in His direction of our lives. He is the Conductor, the Head, the King whom we serve. Doing what He wants us to do is what our new life is all about. He longs to lead us through a life that will demonstrate to a watching “audience” the unbelieving world around us, that we know what it means to be His people. He wants us to demonstrate the validity of our profession of faith.”

Today, as I start reflecting on the years that I have been with the community (21 years), it dawn on me that the 19 years of this active membership was done as a servant in the community. I have experienced hurt, frustrations and even thought of leaving the community during my service as a leader. Just like most of us, we want to have our service in our own way that we always question our leaders on what they are doing instead of giving them support and help them in their spiritual growth.

My wife and I survived the trials in our life because we understand what the Lord wants us to do in our service for Him. To understand that what we are doing is for His greater good and glory.

Brothers and Sisters, in our walk with the Lord in our community, are we like the members of that orchestra? Doing what we want rather than what the Lord, our conductor, wants us to do?

As Dietrich Bonheotter had said, “Only he who believes is obedient; only he who obedient believes”.

BOY VILLANEUVA: LIVING AS A CHRISTIAN

IS IT WRONG TO WORRY AND FEAR?

DARKNESS IN THE MARKETPLACE