WHAT KIND OF DIGNITY DO YOU HAVE?

What is dignity? It can be defined as the state or quality of being worthy of honor or respect, a visible and personal style of nobility, decorum, unbending principles and respect.

Pope Francis in one of his homilies connected human dignity to justice and an inner hunger to being right with God said, “It is certainly necessary to give bread to the hungry – this is an act of justice. But there is also a deeper hunger, the hunger for a happiness that only God can satisfy, the hunger for dignity. There is neither real promotion of the common good nor real human development when there is ignorance of the fundamental pillars that govern a nation, its non-material goods: life, which is a gift of God, a value always to be protected and promoted; the family, the foundation of coexistence and a remedy against social fragmentation; integral education, which cannot be reduced to the mere transmission of information for purposes of generating profit; health, which must seek the integral well-being of the person, including the spiritual dimension, essential for human balance and healthy coexistence; security, in the conviction that violence can be overcome only by changing human hearts.”

“What kind of dignity is there without the possibility of freely expressing one’s thought or professing one’s religious faith? What dignity can there be without a clear judicial framework which limits the rule of force and enables the rule of law to prevail over the power of tyranny?” he asked. 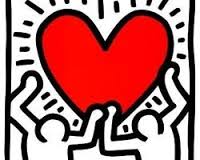 On several different occasions Pope Francis has commented on Human Dignity. “What dignity can men and women ever enjoy if they are subjected to all types of discrimination? What dignity can a person ever hope to find when he or she lacks food and bare essentials for survival,” including work? “How can it be that it is not a news item when an elderly homeless person dies of exposure, but it is news when the stock market loses two points? This is a case of exclusion.” It all boils down to the questions: How much does God love you, and, How much do you love Him and your neighbors, all fellow humans?

Pope Francis cautions that while the promotion of human rights is necessary, their promotion can be misused, particularly with the claim to individual rights. An underlying factor in the push for individual rights is the concept that the human being is detached from all social and anthropological roots, thus making the person a “monad” who promotes the individual but not the human person, the Pope observed.

He encourages all to work for the common good, in which the rights of the individual are “harmoniously” linked and geared toward the greater good of all.

What really is human dignity? Human dignity is something that can’t be taken away. Catholic Social Teaching states that each and every person has value, are worthy of great respect and must be free from slavery, manipulation and exploitation.

Daniel Groody in “Globalization, Spirituality and Justice” stated: “Catholic social teaching believes that human beings, created in the image and likeness of God (Genesis 1:26-27), have by their very existence an inherent value, worth, and distinction”.

The basis for the theme of Human Dignity, the bedrock of Catholic Social Teaching, is that humans were created in the image and likeness of God. Regardless of any factors or reasons we can think of, individuals have an inherent and immeasurable worth and dignity; each human life is considered sacred. This theme is about our radical equality before God that leads us to think no less of somebody because they are from a different place or culture, because they believe something different to you, or because of their work or employment situation. 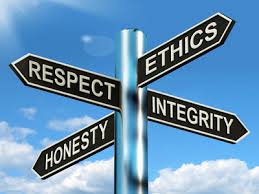 The principle of Human Dignity means that Catholic Social Teaching takes a strong position on issues around the start and end of life (like the death penalty and abortion) but it also has big consequences for everything in-between. For example it can effect how we think about how our society supports those with disabilities, how we address global inequality and the approach we take to civil rights issues. It is from this idea that all people have inherent dignity that the themes of ‘Preferential Option for the Poor’ and ‘Authentic Human Development’ develop within Catholic Social Teaching.

The idea that each life has value isn’t something Catholic Social Teaching has a monopoly on; it shares a lot in common with International Human Rights which are also universal, inviolable and inalienable. But Catholic Social Teaching differs slightly because of its basis. It grounds Human Dignity in the firm foundations of the Catholic Church’s traditions thought about the sanctity of creation as told in the story of our creation (Genesis) and God’s incarnation (Gospels).

Therefore, we must ask ourselves: