WHAT WE HAVE LEARNED FROM THE IMPEACHMENT TRIAL

This article (The Philippine Star, June 3, 2012) by National Artist for Literature F Sionil Jose is a good read for all. Bro Bobby Atendido, BCBP Alabang, who contributed it to the KAPATIRAN, emphasizes that “The BCBP should be in the midst of the marketplace, in the quest for honesty and integrity.” A MUST READ FOR BCBP MEMBERS! 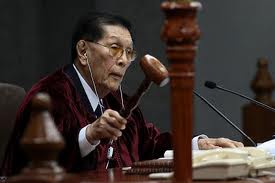 What we have learned from the Impeachment Trial

On our TV sets this week, we witnessed the passing of a historical event – the conviction of Chief Justice Renato C. Corona by the Senate Impeachment Court presided by Senate President Juan Ponce Enrile. Some saw the event as a dramatic conclusion of a political telenovela. Actually, it was a morality play and the triumph not so much of justice but of good against evil. Now that all is said and done, we must ponder and realize that what mattered most was truth as justice in action, and this action is the ideal pursuit of our very lives, by which we measure the ultimate goal and purpose of society itself.

I first met Senator Miriam Defensor Santiago at a writing seminar some time back when she was a Judge. She was stunning, a very good writer endowed with a pleasant disposition. The late Belen Abreu of the Ramon Magsaysay Foundation spoke of her highly when she was with the Bureau of Immigration, for which reason she received the Ramon Magsaysay Award. She deserved it. Whatever happened to her? To her sense of rectitude, her dedication to the public service?

In explaining her vote, she asked, “why then are we considered one of the most corrupt country in the world?”

Perhaps, without being quite conscious of it, by her acquittal of Corona, she answered her own question. We have reached this state of apparent moral metastasis because leaders like her and there are so many of them in and out of Congress who are hobbled by their tremendous self esteem, their encyclopedic legal knowledge, they forget that that the basis of law is moral. Were she cognizant of this, she would have joined the majority vote in the Senate.

Like so many power holders, she flaunted power. This is one major flaw of most Filipinos even the common security guard who finally holds a gun often forgets the great responsibility that that weapon has given him. Remember that Congressman who was incensed when requested to get a new subdivision sticker? He asked the security guard with bloated authority: Do you know who I am?

Poor Harvey Keh – he was browbeaten by the Senator merely because in his enthusiasm and ignorance of the law, he gave the Senate President documents of anonymous origin. At the end of the Senator’s tirade, he should have simply told her: I am a sovereign citizen of this Republic. I deserve some respect from you, a public servant!

For this is what all public officials are — public servants. No less than the President himself affirmed this when he stated over and over again that we, the citizens of this republic, are his boss!

Unfortunately for us, many of our public officials, sustained by our taxes, do not take to heart the true meaning of their status. The Chief Justice himself illustrated this disdain in his first appearance before the impeachment court. When he ended his three-hour monologue, a courtesy granted him by the Senate President because of his status, he stood up from the witness stand, declaring pompously, “The Chief Justice wishes to be excused!”

Then standing ramrod straight, he walked away. An ever-alert 88-year old Senate President then ordered all the exits sealed. If there is any star at all in this lengthy political telenovela, it is the aging Juan Ponce Enrile calm and erudite in the arcane labyrinths of the law. In his liberal wisdom, he even let Miriam self-destruct in public to illustrate how unfit she is for that prestigious judgeship in Holland.

Corona claimed later that he was afflicted with hypoglycemia, that condition which weakens the body, prior to a coma when the blood sugar drops. Those of us who are diabetics know this condition only too well and are always prepared, in my case with glucose tablets or simply a bottle of coke, which I take when the symptoms appear. Within 10 minutes, the symptoms vanish. Hundreds of diabetics knew at once the Chief Justice faked it!

I have had a very high regard for Joker Arroyo, having known him as one of those stalwarts who stood against the Marcos dictatorship. In a conversation I had once with him, I asked him not to run for president. It was enough that he would remain in public office and like the late Jose W. Diokno, stand as critic and conscience of this nation, and therefore be the real leader without the limelight and the panoply of an exalted position.

His description of the prosecution as a display of naked power may be correct but certainly, very far from the brutality of the Marcos dictatorship which he himself knew.
Naked power of government? Why not if that power is used to bring justice to the people, to prove that that poor clerk of court in Davao who was fired from her job because she did not put in her SALN statement the small stall in the public market which she owned that justice is for all.

Watching the senators explain their votes, the most telling explanation was Senator Lito Lapid’s. He admitted he was just a high school graduate, not fluent in English, unfamiliar with court jargon, which he heard every afternoon of the trial. He had weighed them all and what he eventually believed was the argument of Rep. Rodolfo Farinas, that what the Chief Justice was doing, aided by his defense counsel, was to engage in ancient obfuscation “palusot.” His was the voice of the voiceless masa, seldom heard in the sanctified corridors of power. It was stern and righteous for all of us to understand the Chief Justice is guilty!

What else does the impeachment trial tell us?

Many young men in Thailand want to join the Army because a military career offers them great social mobility, and the prospect of getting rich soonest.

It is also true in the Philippines the fact that so many young people aspire to be lawyers because lawyer-ing is the key to the good life. We saw in the televised proceedings how adeptly lawyers go into semantic contortions exemplified by Senator Miriam Santiago, how they buttress their arguments with the finest frills of the law, interpreting these laws in so many obtuse ways that befuddle those of us untrained in legalese! They seem to forget that the foundation of the law, and law making is ethics. It can be as clear as sunrise but can easily be clouded and shrouded by legalese. Here is that hoary question: it may be legal, but is it moral? Our lawyers and judges should always be guided by this primal question.

Aware as we are of the underside of lawyer-ing and the over supply of lawyers, all law schools must close for five years and reopen but a third of the schools and limit their enrollment as well. All those who pass the bar should work as Public Defenders as a kind of useful internship before they go into private practice. We should also have a public school for those who aspire to be judges.

It is debatable but Congress should study the feasibility of having justices of the Court of Appeals and the Supreme Court elected not appointed.
It now goes without saying that reform must be made immediately not just in the Supreme Court but in the entire justice system, which includes the Department of Justice and the National Police. The targets:

The abolition of corruption

Hasten the decision making process; no court case should languish for more than two years. This will mean less money for lawyers but more and swifter justice for the people.

Our educational system must raise more teachers, particularly those in science and technology with an emphasis on the humanities, considering that it is only literature, which teaches us ethics.

The President is now truly engaged in this historic reform movement starting with the most important institution which impacts on our lives, particularly the very poor. His emphasis is on the revitalization of ethics in government, that henceforth, government officials must follow the daan na matuwid.

For public officials to tread that straight and narrow path, they must be strong enough to persevere. The President must recognize that integrity cannot be had for breakfast, nor will it provide medicines for the sick or milk for malnourished children.

Morality cannot be legislated but it can be emulated, nurtured and embedded in the very matrix of society if the leaders are the first to live it.
Bertolt Brecht , the playwright, wrote: “Pity the country that needs heroes.”

This statement applies to us. Because we are weak, we need heroic leaders when in truth, we need to be heroic ourselves, never to wallow in self pity. The Impeachment Court decision and PNoy will now give us that strength to prevail. Given time and leeway, I pray that he sticks to his promise that WE, the people, are his boss.
Then, in due time, who knows, we will yet anoint him as OUR hero. 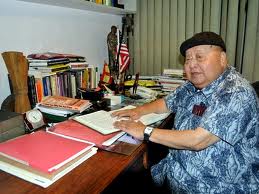 THE FOUR QUARTERS OF MY LIFE

What a brilliant column for a national artist for literature F Sionil Jose.I love the superlatives and ‘hyperadjectives’.I love the vivid description of the megalomaniac behavior of Ms. Santiago. I am a shrink and i’d like to give my two cents worth of why she’s displaying a queer and weird behavior during the trial.She’s not so brilliant as she portrays herself to be.Everything boils down to a compensatory mechanism. She is blatantly insecure and feels threatened when she sees other people more brilliant. Psychoanalytically, she has an unresolved intrapsychic conflict in her life. Whatever they are, they’re still embedded in her unconscious. You name it, she has it: hurts, hatred, anger, unresolved electra complex, etc.and mind you , this dates back to early childhood, carried on to adulthood.When her ‘lax’ superego unleashes its fury emanating from her weak, unrestrained id , the ego becomes the battleground and is a testimony for all the uncontrolled animalistic forces within her,unmindful of the moral and ethical standards.Kawawa na man ang prosecution.They were used as objects of” Displacements”.What she did was therapeutic for her..if not..Where would she be..hehehe!

Pero ano nga ba ang “Matuwid na Daan?” Isn’t it the BCBP Advocacy-HONESTY? The impeachment trial was all about truth vs. lie.Ergo, ang matuwid na daan ay daan ng katotohanan. By the way, our advocacy can be summarized into one line:”Honesty is standing up for what is right even if you stand alone.” wag ka lamang magwo-WALK OUT..hehehe.

this is good, if not the best post impeachment column that i have to remember and apply. my only reaction is, if the law is very clear then moral aspect should not play, for the simple reason that i trusted our legislative leaders in drafting the law. judges are mandated to apply and interpret the law not to do judicial legislation. thanks and again, i like this writing of yours. i hope some writers will follow, putting emphasis on eliminating corruption.