Pope Francis: You Cannot Make War in the Name of God!
Pontiff Appeals for Peace in Iraq, Gaza During Sunday Angelus 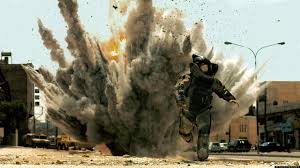 VATICAN CITY, August 10, 2014 (Zenit.org) – Pope Francis made an appeal for peace in Iraq and Gaza before concluding his Sunday Angelus address. Throughout the weekend, the Holy Father has sent several tweets from his @Pontifex account, calling on the faithful to pray for those affected by the violence.

“The news coming from Iraq leaves us in disbelief and dismay: thousands of people, including many Christians, brutally driven from their homes; children dead from thirst and hunger during the escape; women who are abducted; people slaughtered; violence of every kind; destruction everywhere, destruction of homes, destruction of religious, historical and cultural patrimonies,” he said.

Following his appeal, the Holy Father led the pilgrims in St. Peter’s Square in a moment of silence and prayer for those suffering.

The Islamic State of Iraq and Syria (ISIS) has wreaked havoc in the country, forcing Christians to either flee, convert to Islam or face death. The terrorist group took over the city of Mosul and also bombed, and now controls, the biblical city of Nineveh.

The Pope called on local and international organizations to find a solution that will end the violence and restore the rule of law in the region. Earlier this week, the Holy See announced that Cardinal Fernando Filoni had been chosen as the Pope’s personal envoy in Iraq. The 77 year old Pontiff informed the faithful present that Cardinal Filoni will depart tomorrow “to better assure my closeness” to the Iraqi people.

Continuing his call for peace, the Pope also called to mind those suffering in Gaza. War between Israel and Palestine resumed after a brief ceasefire. The conflict, he said, “kills innocent victims, children, and does nothing other than to worsen the conflict between the Israelis and the Palestinians.”

Pope Francis concluded his appeal by inviting all present to pray for peace. “Let us pray to the God of peace, through the intercession of the Virgin Mary: Give peace, Lord, to our days and make us builders of justice and peace. Mary, Queen of Peace, pray for us,” he said. By Junno Arocho Esteves

VATICAN CITY, August 13, 2014 (Zenit.org) – Pope Francis has urged the UN Secretary General to forcefully respond to the dramatic events taking place in Northern Iraq where Christians and other religious minorities are being persecuted.

In an unannounced briefing at the Holy See Press Office, Vatican spokesman Fr. Federico Lombardi, told journalists that at around 11 a.m. this morning, Francis wrote to the Secretary General of the United Nations, Ban Ki-moon, regarding the situation in Iraq.

The letter published by the Vatican today has “a great intensity,” he said, and begins with the Pontiff saying he writes it with a “heavy and anguished heart.”

Fr. Lombardi said that the message condemns the violent persecutions taking place in the nation and “reminds the UN of its charter,” as well as their responsibility to intervene.

“The Holy Father also references the non-Christian minorities suffering,” and stresses the need to help them.

It calls on the international community to take immediate action and to stop the humanitarian disaster currently taking place.

“The violent attacks that are sweeping across Northern Iraq,” writes Pope Francis, “cannot but awaken the consciences of all men and women of goodwill to concrete acts of solidarity by protecting those affected or threatened by violence and assuring the necessary and urgent assistance for the many displaced people as well as their safe return to their cities and their homes.” By Deborah Castellano Lubov